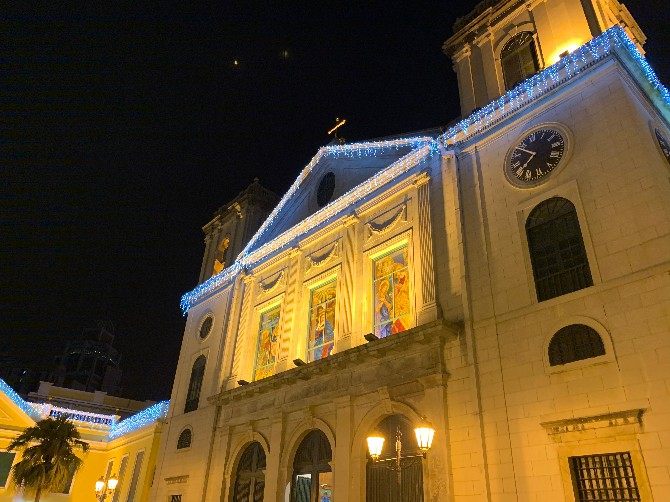 The Sé Cathedral of Macau is set to undergo reconstruction works as the main roof needs to be “urgently repaired” for security reasons, the Diocese of Macau announced.
As cited in its statement, a new wood roof will be installed, repainting of the internal and external walls will be undertaken, and the church’s lighting system will be replaced, in addition to other works. In total, the construction costs are expected to be 9 million patacas.
“Due to the antiquity of this church and after several inspections and studies with government departments, the church needs some remodeling works, and the roof structure, for security reasons, must be reinforced as soon as possible,” the Diocese said in a statement.
These works will be carried out at the beginning of October this year, and will take a minimum of nine months.
During the construction period, all ceremonies will be transferred to the St. Dominic’s Church. Mass times will be the same.
Due to the high cost of the remodeling works, the church will dispense a fund collection box, which will be displayed until July next year.
The Cathedral of the Nativity of Our Lady was originally built in 1576 as a small wooden chapel. In 1623, it was redesigned as a Cathedral.
The church underwent several modifications in the centuries that followed, being rebuilt between 1844 and 1850. The present-day configuration is the result of reconstruction works carried out in 1937. LV