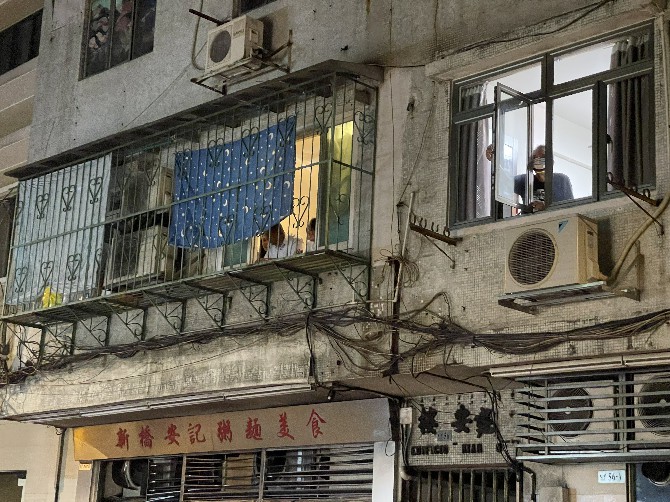 Following two weeks in which several buildings in two different districts in the city were cordoned off, the government reopened the areas colloquially known as the red and yellow zones at midnight last night.
Four cases of Covid-19 were announced by the government on August 3. Since the patients were mobile in the community prior to their diagnoses, residents in the communities where they live and work were quarantined from physical community interactions. They were required to remain in their residences for two weeks. The quarantine period ended at midnight last night.
During the two weeks, a series of polymerase chain reaction tests were conducted on these residents. 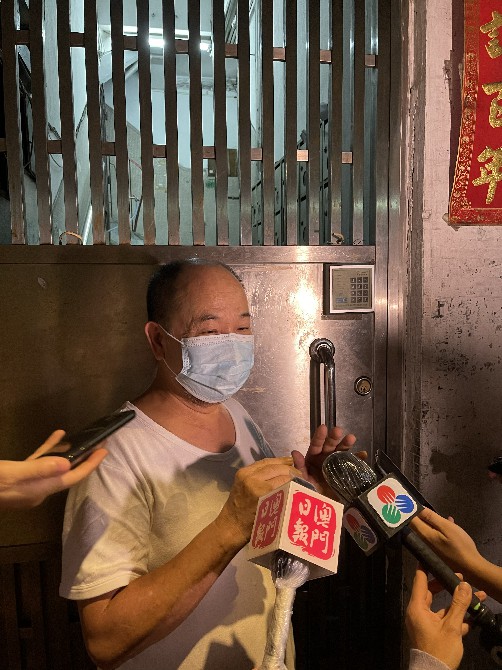 A resident named Lao, who runs a Macanese restaurant on the ground floor of Mei Lin Building, in the middle of the red zone near Kiang Wu Hospital, has spent the past two weeks at the apartment in the building which he uses as storage.
As the clock struck midnight, Lao left his storage apartment and posed at the entrance of the building for a “photo opportunity.” He was happy about the release but expressed his surprise about “infections at the doorstep.”
The health authorities earlier revealed that residents in the red zone have each been tested six times over the two weeks. Lao explained that it was quite intense because each of the tests required a nasopharyngeal swab. “My nasal tract almost broke down,” he joked about the experience.
Another resident named Kuan, who was quarantined at the San Kio District, went straight to check on his car after being released. It was also his intention to visit his friends and relatives afterwards.
He recalled that the last minute announcement of the quarantine was slightly confusing and disorderly, but the situation was later improved.
Alvis Lo, director of the Health Bureau, was also present when the cordon ended. However, he did not give an interview to the press.