Risks mount for HK after economy shrank in 2019 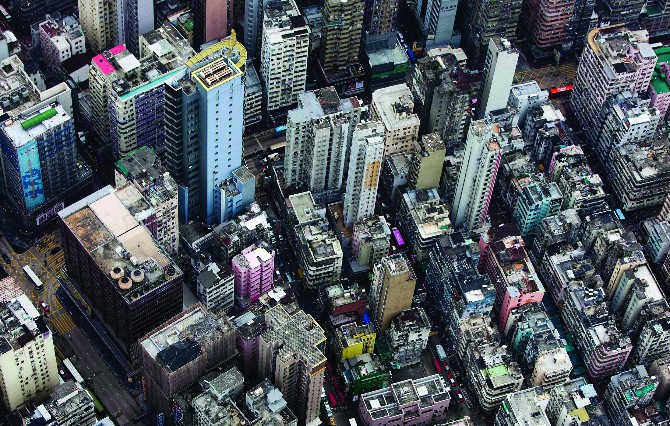 The hits just keep coming for Hong Kong.
In 2019, there was the escalating U.S.-China trade war, which squeezed exports. Then came violent protests beginning mid-year, with street-fighting between police and protesters driving away tourists and shoppers, hurting the services industries, and tipping the economy into its first contraction in a decade.
Now, with advance figures yesterday confirming an annual economic contraction for the first time in a decade at -1.2%, China’s deadly virus outbreak threatens to extend that losing streak into 2020. The economy was already in recession in 2019, shrinking in the second and third quarters, and that continued in the final three months of the year with a 0.4% decline from the previous quarter. Compared to the last three months of 2018, the economy was 2.9% smaller.
“Local social incidents with violence during the quarter took a further heavy toll on economic sentiment as well as consumption and tourism-related activities,” a government spokesman said in the release. The outlook for the Hong Kong economy in 2020 is “subject to high uncertainties” including the global economic recovery, U.S.-China trade relations, the ongoing protests and the progression of the viral outbreak, the spokesman said.
GDP growth forecasts for 2020 as well as revised figures will be released with the upcoming budget on Feb. 26, the release said.
“This is really the last nail in the coffin of the Hong Kong economy,” Alicia Garcia Herrero, chief Asia Pacific economist at Natixis SA, said about the virus before the data was released. “This time around even the financial sector may be affected, and I doubt protests will calm down.”

The coronavirus
Given the developing nature of the coronavirus outbreak in mainland China and elsewhere, forecasting the impact on Hong Kong is especially difficult. But combining that with longstanding issues such as the expensive property market produces one of the more difficult outlooks for Hong Kong since the 1997 handover.
Drawing on experience from the 2003 SARS epidemic in the city, Aries Wong, lecturer at Hong Kong Baptist University’s School of Business, estimates visitor arrivals from mainland China could drop by an additional 10 to 20 percentage points, and annual economic growth could be cut by 0.5 percentage point if the outbreak subsides by July – increasing to 1 percentage point if it continues for the whole year.
“Surely the virus is going to add a bit more pressure on tourism and retail,” Wong said.
The negative effects may be limited as the key affected sectors were already hit hard last year, according to Iris Pang, an economist with ING Bank NV, although that may not be much comfort to shopkeepers or restaurant owners.
“The impacts are negative on retailers, restaurants, gyms, swimming pools, mass transportation and inbound and outbound tourism activities,” she said. “But as retailers have been hit by the violent protests, the marginal impact from the coronavirus should be moderate.”

Anti-government protests
Hong Kong’s biggest crisis of 2019 hasn’t gone away. The impasse between protesters and the government remains unresolved, and the virus from the mainland will add to that mistrust and create new avenues for conflict, Wong said.
The government halted plans to use a housing estate as a possible coronavirus quarantine facility after violent protests at the site. Demonstrators blocked roads, damaged traffic lights and set fire to a building lobby – actions similar to those during the protests last year.
“The downside risk from the political unrest will likely persist for a while,” said Tommy Wu, senior economist with Oxford Economics. “More protests could happen again after the virus outbreak fades, maybe later in the second quarter.”

Trade tensions
While phase one of the U.S.-China trade deal brings some clarity to business on both sides, the deal also increased uncertainty for Hong Kong, which snapped a 13-month streak of export declines in December.
Even if there’s an uptick in trade between the U.S. and China, Hong Kong might not benefit as it has in the past, with reports from late last year that China was considering re-routing trade that currently passes through Hong Kong to mainland ports to help meet its obligations under the deal.
Any upside to be gained from a rebound in trade will be tempered by the damage wrought to China by the virus, especially if the disruption to industrial output and trade from efforts to contain the virus continue or worsen.
“The virus outbreak is a significant downside risk to China’s growth, and that will feed through to Hong Kong as well – whether it is through trade, financial markets, or retail and tourism,” Wu said.

Wild cards
Hong Kong’s property and financial markets have stayed resilient through the recession and ongoing protests. A pronounced downturn in either of these areas may hint at a further loss of confidence in the wider economy.
The city’s longstanding currency peg is also often the subject of speculation. However, it’s unlikely the Hong Kong Monetary Authority will tinker with its existing policy as it would create uncertainty outweighing “any positive effect of a devaluation” Wong said.
“During bad times, we don’t expect the HKMA to experiment with anything about the currency peg,” said ING’s Pang. “Who dares to take this risk?” Eric Lam, Bloomberg