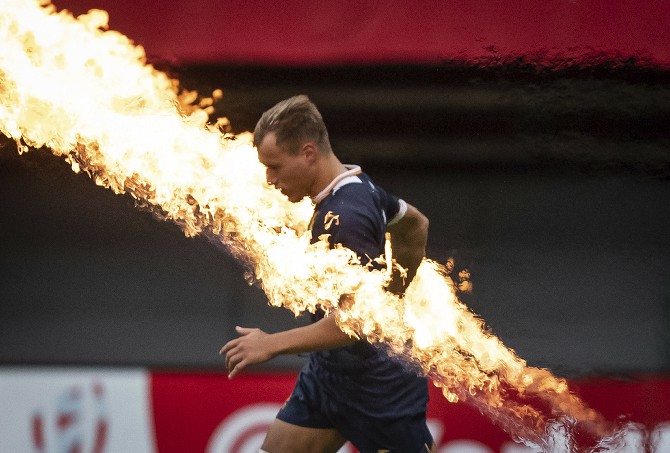 Winger Angelo Davids two tries in the opening five minutes to lead South Africa to a 38-5 win over Kenya and the Vancouver Sevens men’s title.
The pair of tries in the final were among 10 that Davids, who has also played 15-a-side Super Rugby with South Africa’s Stormers, scored in six matches in the two-day sevens tournament.
Calum Randle scored a pair of first-half tries as Britain beat Ireland 24-14 for third place.
The tournament was missing many of its top-ranked teams. Despite the series recommencing after an 18-month layoff, Tokyo 2020 Olympic gold medalists Fiji, silver medalists New Zealand, Australia and Samoa did not play due to COVID-19 quarantine and travel restrictions.
In the match for fifth place, Matai Leuta scored tries in the eighth and 12th minutes as the U.S. beat Canada 26-7.
In quarterfinals completed Sunday, Ireland beat Hong Kong 12-7, Kenya defeated the United States 19-14, Britain beat Canada 31-5 and South Africa overwhelmed Spain 54-5.
In the women’s Fast Four, Britain beat the U.S. 34-12 in the gold medal match and Canada defeated Mexico 48-0 for third place in the four-team event. Jasmine Joyce scored twice in the opening two minutes and added a third try in the eighth to lead Britain.
The sevens series moves to Edmonton, Alberta next weekend. MDT/AP