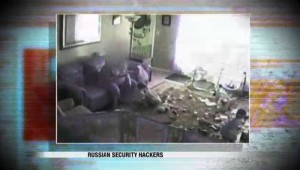 The Office for Personal Data Protection (GPDP) was just one of the numerous data protection authorities which uncovered a Russian website hacking into thousands of webcams across the globe, as the Times revealed yesterday. This was confirmed by a GPDP spokesperson before the issuing of a GPDP press release stating that, after analyzing the website, it found images of over 50 webcams installed in Macau.
The worldwide site provided live streaming from thousands of private webcams for over a month, including images from baby monitoring devices. Hackers accessed images from devices whose default passwords had not been changed by users.
On Saturday, GPDP and several other data protection authorities issued an official letter addressing those behind the Russian website. In the letter, authorities urged hackers to shut down the site. Their attempt appears to have been successful, since the viewing of the live streaming of thousands of webcams is no longer available.
“We can confirm that there is a group of data protection authorities who first paid attention to this matter, and Macau is one of them,” the office told The Times via email.
GPDP stressed that it is cooperating with other authorities to gather further information on the matter, through exchanging information with the Asia Pacific Privacy Authorities and the Global Privacy Enforcement Network.
The government department added that as the case is still under investigation, they are unable to disclose further details.
The Russian-based website is allowing voyeurs to access footage from home and office webcams installed in France, the Netherlands, Japan, United Kingdom, Mozambique, Gambia, Bahrain, and the United States. According to the Washington Post, voyeurs have access to various images, including infants sleeping in their cribs, school hallways, home kitchens, parking lots, or lounge rooms.
In a press release issued yesterday, GPDP said that it issued a statement early this month alerting citizens to possible risks of using webcams without changing their default passwords. Soon after, GPDP found that the website was providing live streaming of just five webcams installed in Macau.
Alongside live streaming, hackers had also made available a map with GPS coordinates for each webcam into which they hacked.
Those behind the hacking operation said they were releasing the footage they had accessed to prove how easy it can be to access thousands of webcams across the globe, particularly when owners fail to change the default password.
They were hoping to show “the importance of [the correct use of] security settings,” The Independent reported.
GPDP urged Macau citizens to pay close attention to webcam security settings and to change  the default password after purchasing a device.