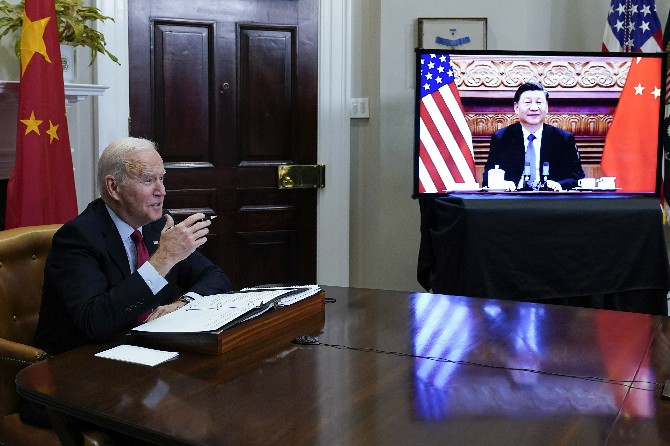 The Macau government “firmly supports” the ideas highlighted by President Xi Jinping during a meeting with U.S. President Joe Biden.
In a statement released by the Government Information Bureau, Macau has pledged to “closely study and adhere to the spirit of President Xi Jinping’s important remarks during the meeting” and “resolutely safeguard China’s sovereignty, safety and development interests, in order to make better use of the city’s unique advantages as an international city with [the] co-existence of Chinese and Western cultures.”
“Such overall positioning also enables Macau to fulfill its own responsibilities to promote [the] steady and healthy development of China-U.S. relations,” the statement read.
President Biden and President Xi had a virtual conversation lasting more than three hours, which concluded with the superpowers’ leaders agreeing that they need to tread carefully as their nations find themselves in an increasingly fraught competition.
Each facing domestic pressures at home, both Biden and Xi seemed determined to lower the temperature in what is — for both sides — their most significant, and frequently turbulent, relationship on the global stage.
The online meeting was the first such arrangement involving the heads of state of the two countries in the history of China-U.S. relations. “It was therefore a milestone bilaterally and in international relations generally,” according to the statement.
“Currently, China and the U.S. are respectively at critical stages of development, and humanity as a whole faces multiple challenges. As the world’s two largest economies, China and the U.S. — also permanent members of the UN Security Council — need to increase communication and cooperation, shoulder their share of international responsibilities, and work together to advance the noble cause of world peace and development,” the government added. LV