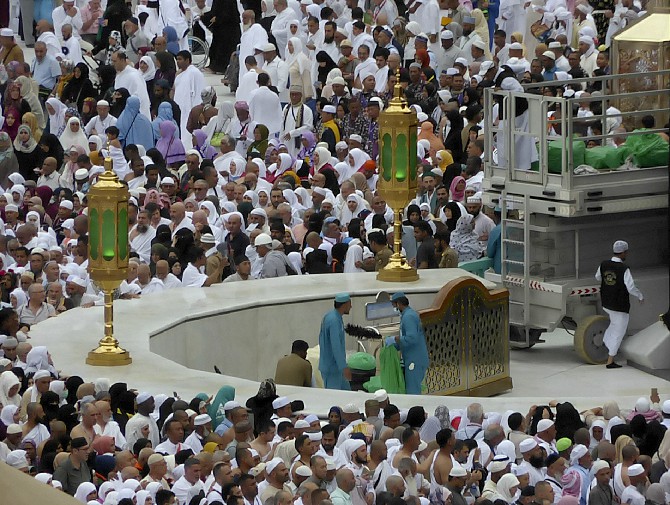 Saudi Arabia yesterday banned foreign pilgrims from entering the kingdom to visit Islam’s holiest sites over the new coronavirus, potentially disrupting the plans of millions of faithful ahead of the holy fasting month of Ramadan and as the annual hajj pilgrimage looms.
The decision showed the growing worry across the Mideast about the virus as Iran’s confirmed that infected cases spiked by over 100, to 254 now. A total of 26 people have died so far, it said. That pushes the region’s overall cases to above 350. Iran’s death toll is highest outside of China where the outbreak began.
Saudi Arabia’s barring of pilgrims from Mecca, home to the cube-shaped Kaaba that the world’s 1.8 billion Muslims pray toward five times a day, and Medina appeared unprecedented in modern history. The kingdom’s Al Saud ruling family stakes their legitimacy in overseeing and protecting the sites. Authorities also suspended entry to travelers from nations affected by the new virus who hold tourist visas for the kingdom.
It appeared Saudi officials worried about the risk of pilgrims spreading the virus as they had in Iran. The virus’ epicenter in the Islamic Republic is the holy Shiite city of Qom, where the faithful in reverence reach out to kiss and touch a famous shrine. That shrine and others have remained open, despite Iran’s civilian government calling for them to be closed.
The tiny, oil-rich nation of Kuwait announced a sudden jump to 43 cases from 26 on Thursday as well, all linked to travelers who recently came from Iran. There have been no confirmed cases of the new coronavirus in Saudi Arabia amid the outbreak.
“Saudi Arabia renews its support for all international measures to limit the spread of this virus, and urges its citizens to exercise caution before traveling to countries experiencing coronavirus outbreaks,” the Saudi Foreign Ministry said in a statement announcing the decision. “We ask God Almighty to spare all humanity from all harm.” JON GAMBRELL, DUBAI, AP