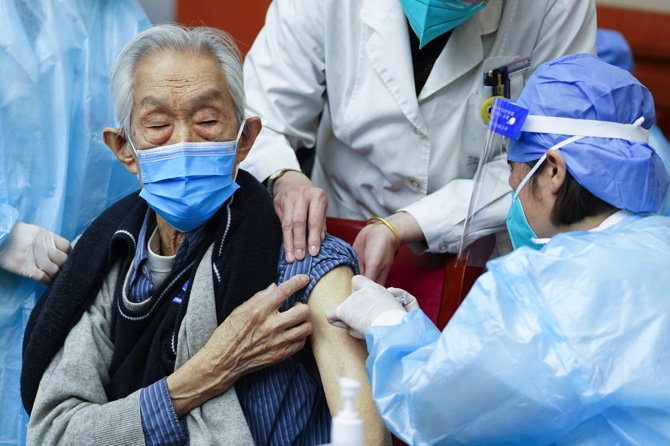 Fourth doses of a Covid-19 vaccine (a second booster) are available in Macau as of yesterday.

At the daily press briefing from the Novel Coronavirus Response and Coordination Center, health authorities explained that the second booster jab is recommended for the elderly (60 years old and above) and those who have a compromised immune system due to chronic medical conditions or other diseases.

At the briefing, the local coordinator of the Center for Disease Control and Prevention, Dr. Leong Iek Hou, appealed to these groups and in particular those living in aged care facilities to get vaccinated to prevent severe complications or death from the disease.

To facilitate the process and increase immunity, those considered high risk can have their second booster shot only three months after the first booster, Leong said, in a special amendment to the general rule that states people should wait six months between doses after the primary vaccination scheme (first two doses).

The shortened time between the third and fourth dose only applies to these high-risk groups; the general population aged between 18 and 59 years old should wait the standard interval of six months before receiving another booster.

As with the first booster campaign, authorities recommend that those who received the Sinopharm inactivated virus vaccine for their first dose should now choose the mRNA vaccine from BioNTech to increase their levels of immunity.