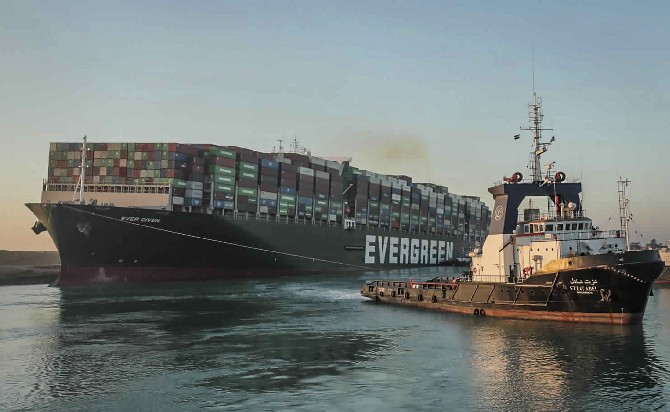 The Ever Given, a Panama-flagged cargo ship, is pulled by one of the Suez Canal tugboats yesterday