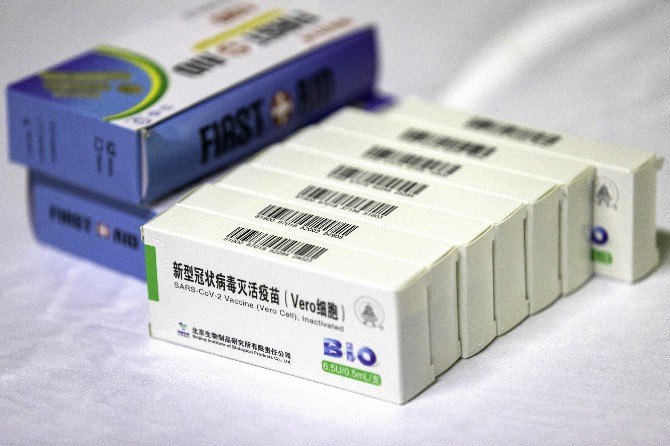 China’s Sinopharm Group Co. won World Health Organization backing for its Covid-19 vaccine, paving the way for a wider rollout of the shot in countries scrambling for immunizations.
The WHO listed the vaccine for emergency use, Director General Tedros Adhanom Ghebreyesus said in a tweet on Friday. It’s recommended for adults age 18 and over.
“This afternoon, WHO gave Emergency Use Listing to Sinopharm Beijing’s #COVID19vaccine, making it the sixth vaccine to receive WHO validation for safety, efficacy and quality,” Tedros said on his Twitter account
WHO’s imprimatur for the state-owned pharmaceutical company’s shot adds another option for Covax, a program supported by WHO and other global health groups that’s aimed at ensuring every country has access to vaccinations. It joins a small supply of immunizations from Pfizer Inc. and its partner BioNTech SE, AstraZeneca Plc and Johnson & Johnson that are available especially to poor nations that have been shut out as wealthy countries wrapped up most of the existing vaccine supply.
The timing of the authorization is critical since India, the largest vaccine manufacturer, dramatically curtailed deliveries of the AstraZeneca shot it was providing to Covax. India is currently battling the largest outbreak in the world and the immunizations made there are being used locally.
“The addition of this vaccine has the potential to rapidly accelerate Covid-19 vaccine access,” Mariangela Simao, WHO assistant-director general for access to health products, said in a statement.
The WHO’s green light also bestows global legitimacy on the shot, and is especially influential in developing countries that lack their own regulatory bodies and rely on the international health organization’s advice for which shots are safe. Sinopharm’s shot is already being used in countries from Peru to Serbia, but no developed western country has approved it yet.
“It helps a lot to have an independent body review the data,” said Rupali Limaye, director of behavioral and implementation science at the International Vaccine Access Center at Johns Hopkins School of Public Health. “It will boost confidence, but use of the vaccines will still require a lot of persuasion at the public level.”
Performance Questions
The WHO nod could also pave the way for countries to allow in travelers who have received Chinese shots, even if the vaccine is not approved for use locally. Ahead of a planned reopening to vaccinated tourists this summer, the European Union has said that member countries can consider opening to people who have shots cleared by the WHO.
Despite the WHO backing, there are questions on how the Chinese vaccines, while protecting individuals from developing severe Covid-19, might help stop the virus from transmitting and infecting more people. The Sinopharm vaccine accounts for roughly 60% of doses administered in Seychelles, which has vaccinated more of its population than any other nation in the world but has still had to reinstate some virus-related curbs as cases surge. The shot’s efficacy for preventing symptomatic and hospitalized disease was estimated to be 79% in all age groups combined, the WHO said.
The vaccine contains inactive forms of the Sars-CoV-2 virus, which are injected to stimulate an immune response against the pathogen. The shot has been widely used in China since the middle of 2020. It has been sold or donated to nearly 60 countries and regions ranging from Hungary in the European Union to Egypt and Somalia in Africa since the start of this year.
The WHO is close to making a decision on another Chinese vaccine, this one from Sinovac Biotech Ltd., while Tianjin-based CanSino Biologics Inc. has started to submit data about its immunization to the health agency on a rolling basis. Bloomberg