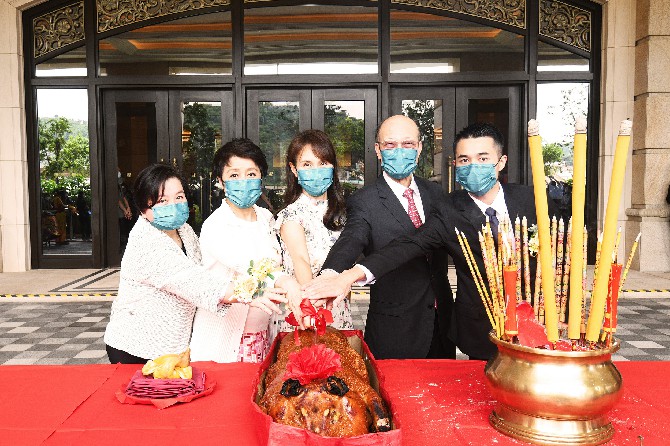 SJM Holdings Ltd is set to reallocate 118 gaming tables from other properties to its newly opened resort in Cotai, Grand Lisboa Palace, the company’s chairman of the board of directors Daisy Ho has said, as cited in a TDM report.
Ho was speaking on the sidelines of the new resort’s opening on Friday.
The executive previously announced that the government granted the new property 150 gaming tables. She clarified that these newly-granted tables are for the mass market.
One tower of the Grand Lisboa Palace hotel opened its doors to the public Friday, giving access to 300 rooms, while the other 350 rooms will open by the end of the year if conditions permit.
Developed by SJM Resorts in Cotai, the integrated resort represented an investment of approximately HKD39 billion — a milestone project for SJM.
A Chinese Bai Sun blessing ceremony was held to celebrate the opening.
The occasion was officiated by SJM’s chairman of the board of directors Daisy Ho; managing director Angela Leong; and directors Dr. Ambrose So, Maisy Ho and Arnaldo Ho.
They were joined by management representatives of SJM and Grand Lisboa Palace, together performing the Bai Sun rituals of cutting the pig and dotting the eyes of the lions.
The second phase opening will depend on the pandemic and travel restrictions. Current hopes are that the full opening will take place by the end of this year.