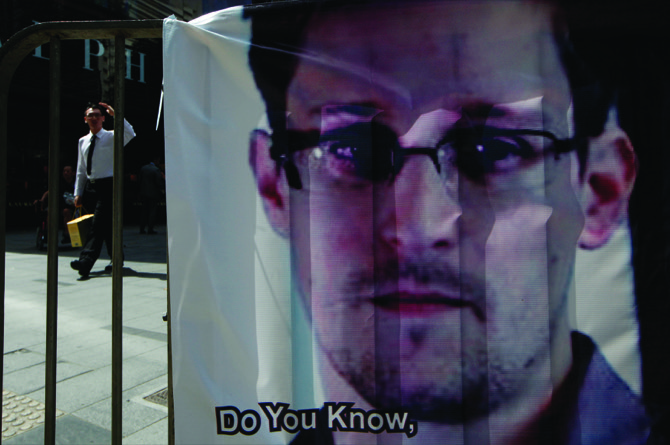 A banner supporting Edward Snowden is displayed in Hong Kong

On the eve of Google Chief Executive Officer Sundar Pichai’s testimony to Congress, a coalition of human rights groups and activists, including former National Security Agency contractor Edward Snowden, are demanding more details on the search giant’s potential plans to build out its China business.

Amnesty International, Human Rights Watch and the Committee to Protect Journalists are among the organizations and individuals who signed the letter, which asks Google to promise it won’t create a search engine for China that contributes to censorship and political repression in the country.

“Facilitating Chinese authorities’ access to personal data, as described in media reports, would be particularly reckless,” the letter’s authors write. “There is a real risk that Google would directly assist the Chinese government in arresting or imprisoning people simply for expressing their views online, making the company complicit in human rights violations.”

The activists also released a letter they obtained from Google’s senior vice president for global affairs, Kent Walker, responding to an earlier set of protests and statements made by Amnesty International and others in October.

Walker references Google’s goals of connecting people in emerging markets to the internet and repeats statements made by Pichai that project Dragonfly, as the search engine was known internally, was not close to being launched formally. He refrains from making any commitments about censorship though, instead saying the company will weigh all feedback carefully before making a final decision.

Dragonfly has caused an uproar inside and outside of Google, with many employees expressing concern about the company potentially working with the Chinese government after pulling out of the country in 2010 precisely because Chinese authorities were pushing Google to help them monitor their citizens.

The conversation will come to a head on Tuesday, when Pichai answers questions at a committee of U.S. lawmakers. Some have already questioned why Google is considering a China search engine while backing away from some of its work with the U.S. military.