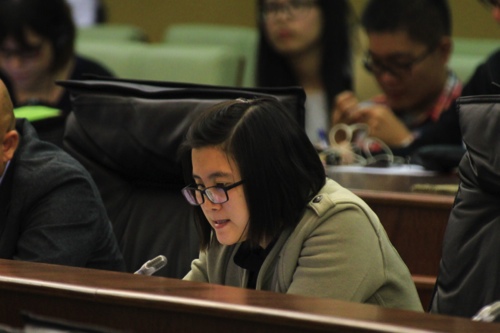 Legislative Assembly lawmakers have yet again criticized the lack of a timeline for the redevelopment of old neighborhoods. The government withdrew a bill regulating the old districts’ revamp last year, and is currently revising the content of the bill.
In an oral inquiry, lawmaker Song Pek Kei said that, so far, the government hasn’t proposed any policies on the matter.
“The quality of life of people living within these neighborhoods is likely to deteriorate over time,” she said. Ms Song suggested that the government should follow neighboring regions’ measures regarding old districts, such as providing “interim housing” for affected residents while their houses are being rebuilt.
She also asked why the government hasn’t yet proceeded with a plan to reconstruct some of the buildings. Lawmaker Si Ka Lon said that the issue has been addressed in several AL meetings, but that the authority had failed to provide new solutions.
The Director of the Land, Public Works and Transport Bureau (DSSOPT), Mr Jaime Carion, spoke of the difficulties in drafting such complex legislation.
Moreover, he stated that areas like the Iao Hon neighborhood needed to be fully redeveloped. However, he said it was “difficult to find all of the building owners” and to proceed with the complete revamp. Lao Iong, head of the Bureau’s urban planning department, also said that they would be conducting studies to assess which neighborhood redevelopment works can start first.  CP