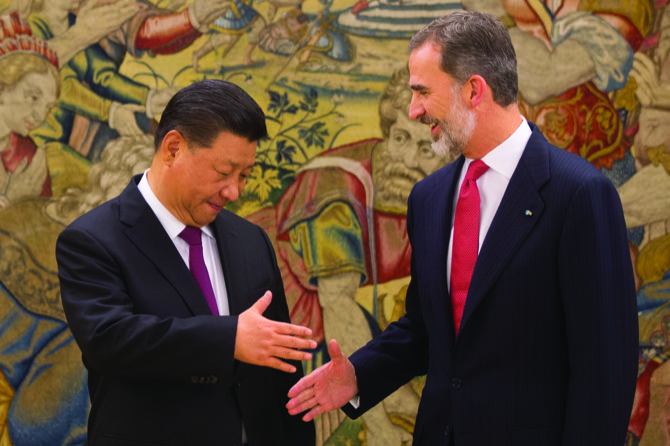 Spain has rolled out the red carpet for visiting Chinese President Xi Jinping, who is seeking global allies amid souring trade clashes with Washington.

Xi and King Felipe VI have reviewed Spain’s guard of honor at the Royal Palace in the Spanish capital while Chinese First Lady Peng Liyuan and Spanish Queen Letizia observed the ceremony from a podium.

Xi was scheduled to meet Prime Minister Pedro Sanchez today [Macau time] and both will preside over the signing of around 20 government and business agreements, including a deal to export on-the-bone legs of Iberian ham to the Chinese market.

The Chinese leader follows his two-day visit to Spain by flying to Argentina for a G-20 leaders’ summit the next day, and visits to Panama and Portugal until Dec. 5.