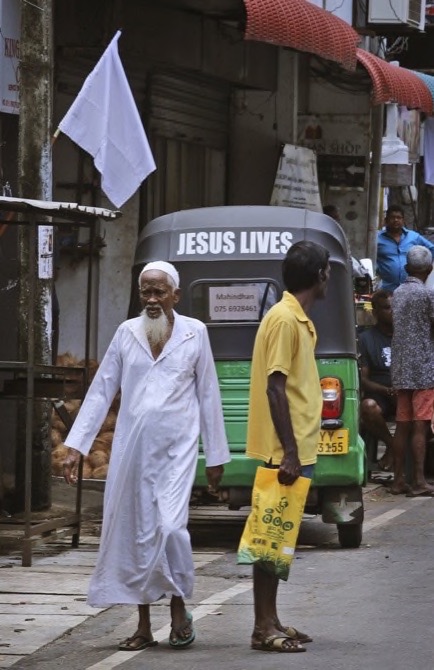 The Catholic Church in Sri Lanka urged the government yesterday to crack down on Islamic extremists with more vigor “as if on war footing” in the aftermath of the Easter bombings.

Cardinal Malcolm Ranjith, the archbishop of Colombo, said the church may not be able to stop people from taking the law into their own hands unless the government conducts a more thorough investigation and does more to prevent further attacks.

The Islamic State group has claimed responsibility for the Easter attacks, which killed more than 250 people, and investigators are looking into the extent of the extremist group’s involvement with the local radicalized Muslims who carried out the suicide bombings.

But the cardinal said he is not satisfied with how the government has conducted its investigations so far. “All the security forces should be involved and function as if on war footing,” Ranjith told reporters.

“I want to state that we may not be able to keep people under control in the absence of a stronger security program,” he said. “We can’t forever give them false promises and keep them calm.” He urged the government “to implement a proper program in order that the people don’t take the law into their own hands.”

Ranjith, however, said the church assures Muslims that it will not allow any revenge attacks against them.

He also said church services would be held this coming Sunday after necessary precautions are taken. The number of Masses will be reduced at every church, with police and parish committees entrusted with the task of looking out for strangers.

Churches were shut across the nation on Sunday, a week after the bombings, for fear of another attack by Islamic State group-linked militants. Sri Lanka’s Catholics celebrated Mass in their homes as Ranjith presided over a televised service.

The closing of the churches came after local officials and the U.S. Embassy in Colombo warned that more militants remained on the loose with explosives.

Even though all of the island nation’s schools — which have been closed since the attacks — are to reopen May 6, Ranjith said Catholic schools could be kept closed after that date if the church is not satisfied with security.

Meanwhile, the government banned all kinds of face coverings that may conceal people’s identities. The emergency law, which took effect Monday, prevents Muslim women from veiling their faces.

The decision came after the Cabinet had proposed laws on face veils at a recent meeting. It had deferred the matter until talks with Islamic clerics could be held, on the advice of Prime Minister Ranil Wickremesinghe.

The Easter attacks were carried out by seven suicide bombers who blew themselves up targeting three churches and three luxury hotels. Two other suicide bombers died triggering blasts, one to avoid capture by the police and another at an inn where he was staying.

On Monday, President Maithripala Sirisena appointed former army commander Shantha Kottegoda as the top official in the defense ministry after requesting the resignation of his predecessor, Hemasiri Fernando, for intelligence failures that led to the bombings.

The government is accused of not acting on near-specific information from a foreign intelligence agency over several weeks about an imminent attack. Krishan Francis, Colombo, AP