Sulu Sou wants to see Macau athletes in the Olympics 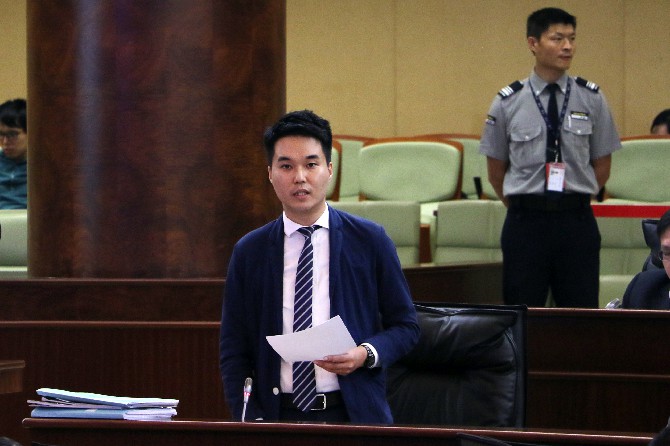 Lawmaker Sulu Sou wants more facilities and better conditions for local youth so that local athletes can soon be featured in the biggest international sporting competitions, including the Olympic Games.
Sou’s call was delivered in a spoken inquiry to the government, delivered in the period before the agenda of last Thursday’s Legislative Assembly (AL) plenary session.
The lawmaker used the ongoing Olympic Games of Tokyo to recall past failures that led to the non-acceptance of Macau’s applications to be part of the International Olympic Committee (IOC).
Putting aside that it is no longer possible for Macau to be a member of the IOC, the lawmaker still thinks that there is enough talent among local sportspeople that — properly supported — could still fly the Macau flag high in sports competitions. He identified the Asian Games and the road to the Olympics paved by national team competitions.
For Sou, Macau’s sports performance could raise boost the morale of local athletes, and also contribute to a growth in the sense of pride and of belonging to Macau among the younger generations.
Sou called on the government to perfect the contract regime for full-time athletes: “ensuring identical treatment to the individual and team sports; increasing salaries and benefits; strengthening sports medicine services; and [providing] retirement guarantees. Namely, [to] encourage retired athletes to pursue studies, [and] to continue working for the sports sector by taking on different posts to integrate into the labor market.”
He also called on the government to create a systematic training regime in which the sports and education sectors would work together to “create a favorable environment for the training of young athletes.”
Lastly, Sou wants the government to put extra effort into including more and improving existing sports facilities while planning the use of the new and reclaimed land, so that athletes do not have to compete for space with the general public within public sports facilities.