Tembi Locke’s ‘From Scratch’ is a gorgeous read 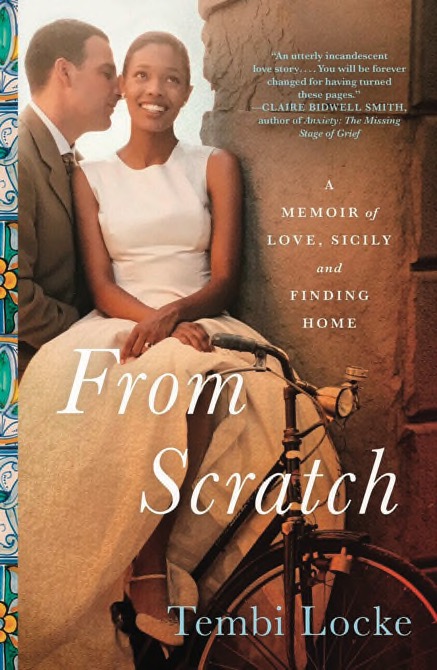 “From Scratch: A Memoir of Love, Sicily, and Finding Home” (Simon & Schuster), by Tembi Locke

Not interested in yet another memoir of moving to Italy, discovering great food and falling crazy in love with the man of your dreams? Me neither. But don’t let that stop you from picking up “From Scratch: A Memoir of Love, Sicily, and Finding Home” by Tembi Locke.

Yes, the literary debut from the Houston-born actress is the no-longer-unique combination of travelogue, recipe book and love story. And, yes, it’s primarily set in Sicily.

But “From Scratch” manages to elevate itself with a few key additional elements.

First, Locke is a black American actress forging a career in Hollywood. She meets Saro, a Sicilian chef, when she’s 20. Their interracial, intercultural relationship is shocking enough that his parents boycott the wedding. Then Saro is diagnosed with a rare cancer and dies early in the narrative.

Readers observe Locke attempting to work through her paralyzing grief while caring for a young daughter, Zoela, and providing them with a stable home in Los Angeles. They spend summers in Sicily where Zoela thrives and Locke gets to know her late husband’s family.

The writing in “From Scratch” is sublime. Locke allows her readers to revel in the sensory experiences of Sicily. She offers a peek into her deeply satisfying relationship with her daughter, her husband and their family.

When she compares cheese-making to grief, describing how both need “time, labor and attention,” she offers a new perspective on an age-old emotion. Even her description of the classic Los Angeles fog feels fresh: “A haze always hung over the city, separating the lives we led from the open sky.”

Because of her obvious writing skills, readers get lost in her prose, which leads to some confusion and unanswered questions. For example, the book glosses over Saro’s cancer diagnosis, lengthy treatments and Locke’s 10 years as his caregiver. And while readers understand that they were each other’s great love, we’re not sure how or why that became true.

Her characters, too, are presented in broad strokes and feel two-dimensional. Zoela as a typical kid is whiny and impatient at times, but she’s also smart, kind and wise beyond her years. Saro is handsome, supportive, understanding and great in the bedroom as well as the kitchen. And Locke herself, despite sharing stories of her love, family and grief, keeps a safe distance.

Despite its flaws, “From Scratch,” which ends, as this sort of book does, with a collection of recipes, is a gorgeous read. Kim Curtis, AP