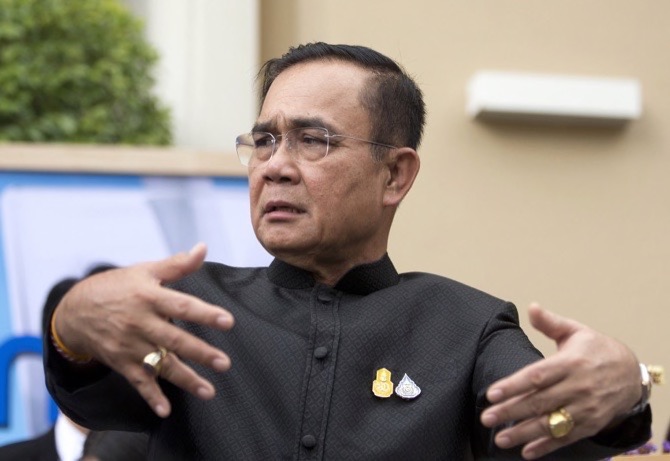 The late British writer and social critic George Orwell appears to be back in the good graces of Thailand’s military ruler after a spell in the doghouse five years ago.

Deputy government spokesman Werachon Sukondhapatipak, summing up Prime Minister Prayuth Chan-ocha’s political thoughts as the country prepares to install a new elected government, said his boss recommended reading the Thai edition of “Animal Farm,”
“which is a book that leaves important lessons on how to live life.”

Prayuth’s plug this week for “Animal Farm” reflected a more positive view of Orwell’s work than the military had right after he seized power in a May 2014 coup. Protesters comparing military rule to the fictional dystopia of Orwell’s “1984” held silent protests by reading the book in public places and were dragged off.

The publicity caused sales of the Thai edition to jump, with the publisher then printing a new edition. The effect on sales of Prayuth’s new recommendation was not immediately clear.

Some critics of Prayuth’s rule held a reading of “Animal Farm” and “1984” in a Bangkok park yesterday. At least one had been involved in the 2014 protests.

On Facebook, the legal monitoring group iLaw charged that the prime minister’s recommendation of “Animal Farm” amounted to a “dark comedy, after the political allegorical novel of dictatorships has been recommended by Gen. Prayuth, an individual who conducted a coup and ruled Thailand without any elections for over five years.” A general election was held in March, and a new government is expected to be formed in the next few weeks, likely to be led by Prayuth.

“What is even funnier is the government of the junta itself has been the one to crack down and threaten the liberties of people who have tried to peacefully oppose dictatorial rule using novels by the same author such as ‘1984,’” iLaw said.

Spokesman Werachon, in remarks seeking to clarify Prayuth’s recommendation, denied it had anything to do with politics, and instead promoted the book “because reading helps to build principles in thinking. It creates wisdom, not problems.”

“What we get from this book is that although people want everything to be better, it doesn’t mean all hopes can be fulfilled, and no one can satisfy everyone, which is a rule of nature,” he said.

“Animal Farm” is acknowledged to be an allegorical story about the Russian Revolution and the rise of Stalin and his totalitarian regime. Orwell was a social democrat who joined an anarchist brigade during the 1930s Spanish Civil War, only to see his faction undermined by its ostensible Communist allies backed by the Soviet Union.

Supporters of Thailand’s military regime have occasionally accused some of their opponents in the pro-democracy movement of being communists.

Pro-democracy activists in 2014 were also harassed for other symbolic acts, such as adopting the three-fingered salute of the rebels in the movie “The Hunger Games” and eating sandwiches together in public, which was meant as a satirical workaround against a ban on political meetings of more than five persons. The tactic was dubbed “sandwiches for democracy.” Kaweewit Kaewjinda & Grant Peck, Bangkok, AP