Thailand | Prime minister has little to say about staying in power 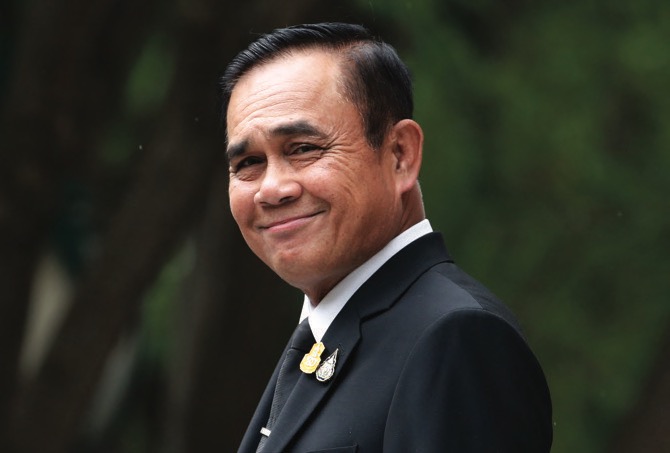 Thai Prime Minister Prayuth Chan-ocha isn’t feeling chatty about being elected to stay on as premier.

Prayuth stayed out of the spotlight yesterday, a day after he skipped a Parliament session in which lawmakers, including hundreds he helped appoint, voted to keep him in the job he has held since staging a military coup in 2014.

He delivered little more than a brief thank you through a spokesman and on his Facebook page, also promising to carry out his duties to the best of his ability.

Prayuth’s return to the premiership was not a surprise given that he and his junta spent the past five years reworking the country’s political system to make sure he remained in power.

Prayuth’s opponents charge the new system is merely a continuation of military rule in another form. Some provisions in the new constitution the junta commissioned assign special privileges to the military, especially if national security or stability is involved. And the heads of the police and branches of the military are automatically members of the Senate.

But there are doubts that Prayuth will be able to run things smoothly since he will lose some powers he had as head of the junta, and be accountable to a Parliament with an opposition, rather than the tame national assembly he appointed after the coup and used to rubber-stamp his decisions. In the lower house, which passes law and approves budgets, Prayuth’s ruling coalition has a razor-thin majority.

“He is in a kind of a strongman mold, but now he has to be accountable, more scrutinized, so we can expect him to lose some temper. We can expect him to be flustered, frustrated. But the big question is whether the coalition government will hold,” said Thitinan Pongsudhirak, a professor of political science at Bangkok’s Chulalongkorn University.

Under Prayuth’s junta there were a bevy of laws enacted that allowed it to take action against its critics and opponents, stifling dissent online and in real life.

The major instrument he wielded was a provision known as Article 44, which handed him lawmaking powers without the need for approval from anyone. It was enacted under an interim constitution to replace martial law, which was declared right after Prayuth’s 2014 takeover.

The junta will be dissolved when Prayuth appoints his new Cabinet, and Article 44 will expire with it, even though the orders enacted under Article 44 will remain in force.

Thitinan expects Prayuth’s will try to stay above the fray and allow military-allied lawmakers to protect him, a strategy other previous unelected military prime ministers employed. He said that may prove a difficult task, given the size and determination of the opposition bloc and the unwieldy nature of his own coalition.

“General Prayuth as head of it all will have a big headache at a minimum, but beyond that, he also will face a kind of scrutiny he hasn’t seen in the last five years that may involve some very sensitive issues,” such as his personal assets, his relatives and associates, Thitinan said. Kaweewit Kaewjinda, Bangkok, AP