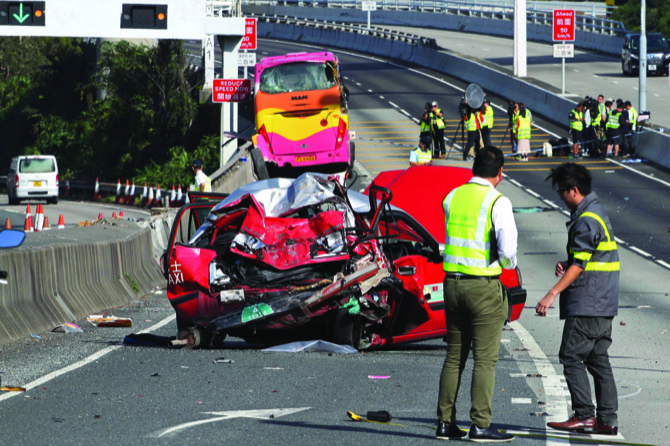 Four bus passengers, including three who were thrown from the coach, and the taxi driver were killed. The injured included the bus driver and a German tourist in the taxi.

The bus, carrying 36 airport employees, ran into the taxi shortly before 5 a.m., Superintendent Michael Yip of the Hong Kong Police traffic headquarters said at a news briefing. He said the taxi was stopped in a highway lane with its emergency flashers on about 19 kilometers from the airport.