The Flaming Lips’ concept album will blow your mind 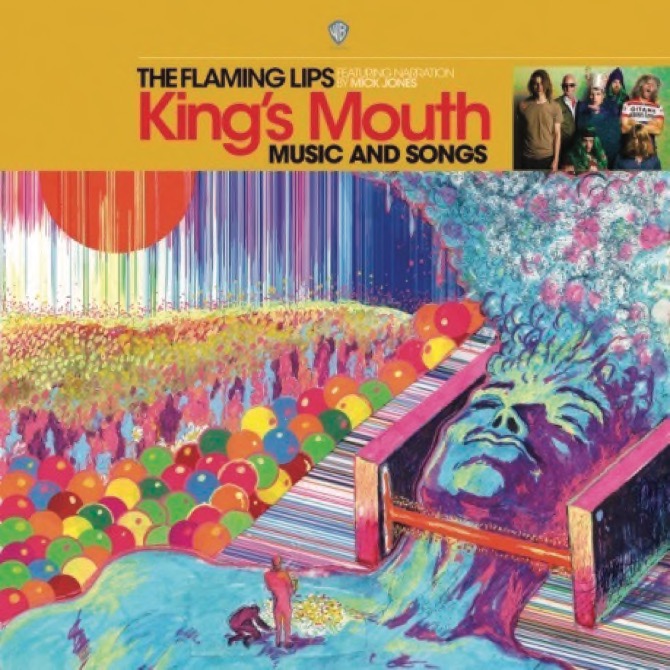 The new album by The Flaming Lips is a head trip — literally.

The ever-evolving, mind-blowing alt-rockers have somehow upped their game with a concept album and accompanying art project that takes us into a giant head. Weird? Yes. Thrilling? Of course. This is the Lips, after all.

“King’s Mouth: Music and Songs” is a beautifully crafted psychedelic album that may remind you of early Genesis in its musicianship and ambition. Some songs, like the cinematic “Mother Universe” are instrumental, others have sound effects and the album is narrated by The Clash’s Mick Jones.

It traces the life of a giant king, from birth to grave, growing in complexity and abstraction through its 12 tracks, from baby to adulthood. The king dies heroically, and the townsfolk honor him by cutting off his head, dipping it in steel and celebrating his legacy by spending time in it. Does that sound strange? Yes. See above.

“Inside the king’s mouth/They entered into the hope of a future that has yet to be lived/Raining down dream upon dream/With love from above,” go the lyrics to “Mouth of the King.”

None of the dozen songs on the album are predictable, even in the same song. “The Sparrow” morphs from an industrial lullaby to a funky Nine Inch Nails-like dance tune and back again. Other standout tracks include the childhood-evoking “How Many Times” and the funky “Feedaloodum Beedle Dot.”

For anyone not able to get inside, the album will just have to do. And as far as escapist fare, finding yourself inside someone else’s head turns out to be a nice vacation in these tough times. Mark Kennedy, AP Entertainment Writer