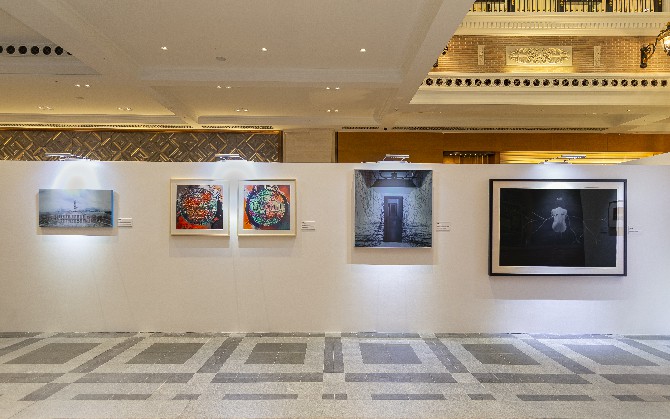 The Londoner Macao is exhibiting winning works from the competition, “Time Is On My Side – 2021 Greater Bay Area Young Artists Scheme” until December 5.
All 24 winning works will be exhibited at The Londoner Macao’s Level 1, enabling the public to appreciate the rising art talents in the region.
The competition attracted a total of 1,327 submissions, including 415 photographic works and 912 paintings. After a rigorous judging process, 24 works in the two categories were chosen as winners. Among the winners were six Macau artists.
Winning artists received an award certificate and cash prizes from RMB25,000 to RMB100,000, totalling over RMB1 million.
Wilfred Wong, president of Sands China Ltd, said that the company aims to focus on Chinese cultural interaction and the exchange between young artists in the area, providing them with a high-profile platform.
“The Guangdong-Hong Kong-Macao Greater Bay Area is a world-class city cluster with a thriving arts and cultural sector,” said Wong.
“The Culture and Tourism Development Plan for the Greater Bay Area calls for the promotion of cultural and tourism exchanges, cooperation and coordinated development, with the goal of building an internationally influential area of culture and leisure,” the president recalled.
This is the first time that Sands China has sponsored an art competition in the Greater Bay Area that extends to the entire mainland. LV