The steps of our investigation

The Times first became aware of the case of Flomena Chepchirchir after following up on an Associated Press (AP) investigation into multiple cases of so-called “second-tier” Kenyan athletes. These athletes are enrolling in small races in the United States and in other countries and regions, despite being banned by the IAAF. One of those regions was reportedly Macau, which triggered our attention. 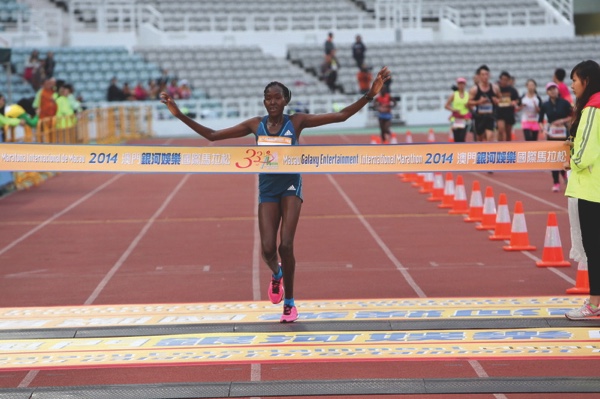 The AP found several cases of banned athletes using the help of agents to compete for relatively modest prizes, which are sent back as financial support to their families. One of these agents is former-elite-Russian athlete Larisa Mikhaylova. Her business model is simple. In exchange for a cut of the athletes’ prizes, she enters runners into far-flung road races across the US, which are often so modest and amateur that they do not have sufficient funding for extensive drug-testing.
We reviewed the lists of banned athletes for doping and compared them with the lists of entrants for the local marathon. On April 8 the Times reported that Chepchirchir won the local marathon while she was banned for doping.
The ID replied to our questions on April 14, stating that the case was still pending investigation and awaiting a conclusive reply from the IAAF. That reply apparently arrived May 3, almost one month after the Times first reported the case. PB