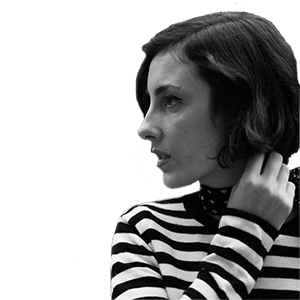 The University of Macau (UM) is planning to fill up approximately 75% to 80% of its undergraduate program offers with Macau residents this year. This rate is high if one considers that the resident population is always being squeezed by the arrival of new immigrants, as well as a recent policy from the public university to admit more students from the Greater Bay Area.
It is a statement of sorts about the institution’s commitment to the local population. UM has been under pressure for years for not recruiting enough residents as part of its academic staff, and comments by its Rector, Song Yonghua, which indicate the university will prioritize residents for its undergraduate options, is probably received as reassuring.
But things look different if one examines the university’s recruitment policy at different levels. While most of the administrative staff is constituted of Macau residents, the majority of professors and researchers come from institutions abroad and its graduate and postgraduate programs, tacitly or not, often target foreign talent.
A few years ago, under fire by the government for not offering enough opportunities to local students, the university created the UM Postdoctoral Fellowship, designed for Macau residents – with insiders indicating, though, that consideration for the position meant the candidate had to be Chinese. It offered a three-year contract to successful candidates, who would also have to secure a one-year post-doc position in a “top university” abroad during the period. I do not have data on how many students the university managed to accept under this fellowship, but it is likely to be low: the number of PhD graduates in Macau is not high. Indeed, back in 1999, less than 10% of Macau’s employed population had a tertiary education at all; plus, the mandatory year abroad would likely create a hurdle for early career scholars to secure the position.
Increased access to education over the years in Macau, with the opening of new universities and the expansion of old ones, could have helped greatly increase the number of local graduates. But the expansion of the gambling industry, followed by a large offer of generous starting-pay jobs in casinos – for people barely out of high school – has undoubtedly undermined the potential of Macau’s youth, who grew up under the gambling boom to achieve more than an undergraduate degree, if any.
Now, the higher education institution has launched another call under its Macau talent program, which promotes virtually the opposite of its previous fellowship. Applicants for the UM Macau Postdoctoral Fellowship and Associateship should have received their PhDs in under two years from top-ranked universities listed in the “THE/QS ranking, or … under the Double First-Class Initiatives and Programmes in Mainland China.” This would exclude any graduate from the university proper, since it is not listed among the top 200 universities featured in the relevant rankings, nor as part of China’s Double-First Class initiative, as a piece in this publication has previously noted.
There is a clear drive from the university’s top body to improve the institution’s performance, which has not been particularly remarkable despite recent efforts, to attain better positioning in such rankings. But not opening opportunities to Macau residents is also a discriminatory stance, and one that does not praise talent for what it is. Although a highly-ranked institution may produce competent and talented scholars and scientists, it is not the only place that breeds them. Human intelligence is a factor of many combined intellectual and emotional skills. It does not come with a specific university diploma. But UM, again, chooses to ‘import’ quality instead of fostering it. Some heads think better than others.

Our Desk | Still room for improvement