The X-Men struggle to the end in ‘Dark Phoenix’ 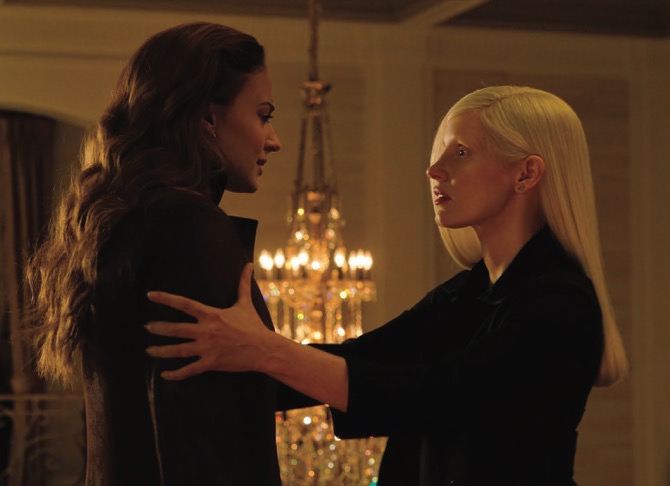 The good news is “Dark Phoenix “ is neither an apocalypse nor is it “X-Men: Apocalypse,” but this latest installment is not exactly a solid step forward or a satisfying ending for anyone.

It’s supposed to be the culmination of 20 years of X-Men movies, and yet it feels more like a rushed and inconsequential spinoff than something that we’ve been building toward for two decades. Perhaps that’s because we’ve barely gotten to know this version of Jean Grey (Sophie Turner), whose transformation into the all-powerful Phoenix is the thing that divides the X-Men into a tiny civil war.

A brief flashback to 1975 shows a young Jean’s defining trauma, when the telekinesis she can’t yet control results in a horrific car crash and her becoming an orphan. She’s taken in by Charles Xavier (James McAvoy) who offers her help and guidance and tells her that she can decide to use her powers for good, which is not exactly top of mind for her when, 17 years later, she absorbs a deadly cosmic energy field.

The main action is set in 1992, a decade after the events in “Apocalypse” and 30 years after the events in “X-Men: First Class,” and you might find yourself wondering just how old are all of these mutants and what is their skin care regime. If there is a reason this had to be set in 1992, the movie certainly doesn’t give you any explanation, nor does it really attempt to capture the look of the early ‘90s at all in costume or production design. But it’s 1992, the title card says so, and Charles is riding high on a tide of public goodwill. The X-Men are finally being regarded as heroes and he’s become the public face of the operation, with a direct line to the President of the United States and everything.

Yet he’s getting a little cavalier with his people, sending them off on an impossible rescue mission to space which will render Jean into the Dark Phoenix. Even his longtime allies like Raven/Mystique (Jennifer Lawrence) and Hank/Beast (Nicholas Hoult) are starting to question his motives. This, frankly, is the more interesting thread but the film, written and directed by Simon Kinberg, instead uses Jean/Phoenix — who, again, we don’t know very well — as the embodiment of all of his ambition and failings.

Essentially, Jean discovers that Charles has been hiding some information from her about her childhood and she gets angry (dangerously so) and starts racking up a body count. Even Magneto (Michael Fassbender), who is living in what looks like a dystopian sleepaway camp, doesn’t want any part of it and she becomes an outcast. So when an intense alien with nefarious plans and sky high stilettos, Vuk (Jessica Chastain) tells her that she’s just misunderstood and to follow her, Jean is all ears.

It’s a lot of fussy plot with not much heart behind it, and while Turner is excellent at looking like a woman in distress, she needs a character to back up all that conflict and make us care. Even a pretty shocking death barely registers emotionally. It probably also doesn’t help that this is coming on the heels of “Avengers: Endgame.”

As with the other X-Men movies featuring this younger cast, the best parts are usually when Magneto and Charles are in the same scene, which we do get a bit of here in a pretty fun action sequence on a train which introduced me to the concept of “dreadlock fighting.”

But all in all, “Dark Phoenix” is a whiff. The most suspenseful thing that happened had nothing to do with the movie at all, but the theater’s fire alarm that went off during a review screening during the epic climax. Lindsey Bahr, AP Film Writer