This day in history | 1957 British public gets ‘Asian Flu’ vaccine 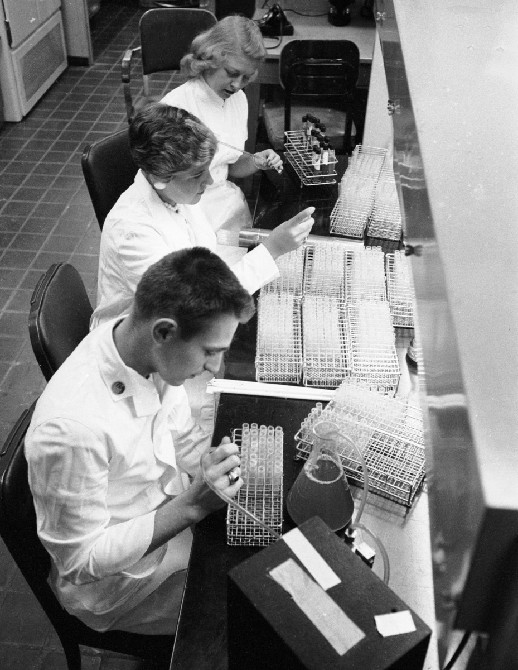 A vaccine against the strain of influenza currently sweeping around the world has been made available to the British public.
The so-called Asian Flu pandemic has already killed thousands of people around the globe – many of them in the United States.
The virus is believed to have originated in North China in February before spreading worldwide.
It reached the UK three months ago.
The vaccine, which is being produced at the Wright-Fleming Institute of Microbiology in west London, will be distributed free on the National Health Service.
To give the fullest protection against the flu strain two injections are needed at an interval of not less than three weeks.
Tens of thousands of units of the vaccine have been produced during the last two months, however, there is still not enough at present for everyone to be vaccinated.
Doctors, nurses and other medical staff are being given priority.
Yesterday the Registrar-General’s latest bulletin showed the influenza mortality rate rose sharply last week with 121 deaths registered in England and Wales compared with 47 the previous week.
The latest deaths brought the total to 472 since the beginning of the year.
But that figure is well down on the 1,073 influenza deaths registered in the same period last year.
However, what is causing the concern is the rate at which the deaths due to Asian Flu are increasing.
The elderly and young children and those with heart or lung disease, are influenza’s chief victims with many dying of secondary problems, such as bronchial pneumonia.
The killing power of influenza comes from the ability of the virus to mutate easily and rapidly meaning a new vaccine must be produced to deal with each strain.
But it is rare for an epidemic to be transmitted beyond national boundaries and become a pandemic – the last was the Spanish Flu outbreak of 1918-1920.

By December 3,550 people had died from influenza in England and Wales – three times as many flu fatalities as in the corresponding period of 1956.
After the vaccine was made available deaths fell but a second wave of the virus in November saw fatalities rise again.
One hundred thousand deaths worldwide were attributed to Asian Flu – nearly 70,000 of them in the United States.
However, the 1957 influenza outbreak was by no means as severe as the other two main pandemics of the 20th century.
During 1918-1920 Spanish Flu resulted in up to 40 million deaths worldwide while in 1968 Hong Kong Flu claimed 700,000 victims.