This Day in History | 1965 Drink-drive limit to be introduced 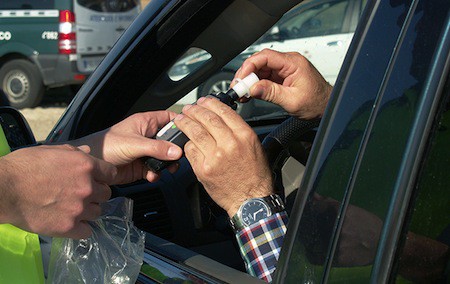 The government has announced it will introduce a blood alcohol limit for drivers.
Anyone found to be driving when over the set limit will be penalised in the hope it will deter drivers from drink driving and make roads safer.
The move comes as the number of road accidents continues to rise despite a press campaign highlighting the dangers of drink driving.
Existing road safety laws will also be reinforced in a major crackdown by the government.
A government spokesman announcing the plans said as yet it was unknown what the blood alcohol limit would be or how it would be tested.
The Home Office and police will enforce the new law when it is revealed in the Road Safety Bill expected next year.
The move is part of the government’s campaign to make people to take more care on the roads and look out for themselves, other drivers and pedestrians.
“I think we are all of us conscious of the need to strengthen enforcement if this is possible at all” the government spokesman said.
“What is most desirable is that more and more people exercise greater responsibility in the use of our roads” he added.

In January 1966 the new Road Safety Bill was introduced. It set a limit of 80mg of alcohol in 100cc of blood and it became an offence to drive when over this limit.
In 1967 the breathalyser was introduced as a way of testing a person’s blood alcohol level.
The introduction of the drink drive limit has dramatically reduced the number of accidents caused by being drunk when driving. However, campaigners and the government continue to promote the ‘Don’t drink and drive’ message.
In 1995 the Campaign Against Drink Driving (CADD) was formed by relatives of drink-driver victims. It continues to highlight the issue of drink driving to the public and government.