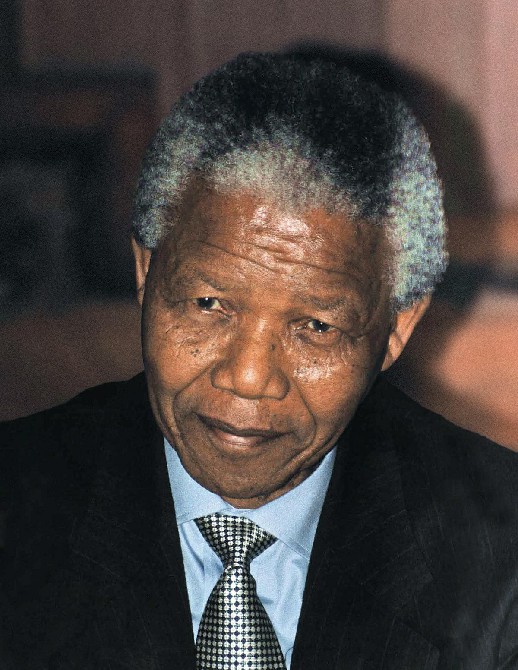 Nelson Mandela has become South Africa’s first black president after more than three centuries of white rule.
Mr Mandela’s African National Congress (ANC) party won 252 of the 400 seats in the first democratic elections of South Africa’s history.
The inauguration ceremony took place in the Union Buildings amphitheatre in Pretoria today, attended by politicians and dignitaries from more than 140 countries around the world.
As part of the ceremony he pledged his allegiance to South Africa and his determination to continue his work for reconciliation.
“I do hereby swear to be faithful to the Republic of South Africa and do solemnly and sincerely promise to promote that which will advance and to oppose all that may harm the republic… and to devote myself to the well-being of the republic and all its people.”
Jubilant scenes on the streets of Pretoria followed the ceremony with blacks, whites and coloureds celebrating together.
When the new president, flanked by First Deputy President Thabo Mbeki and Second Deputy President FW de Klerk, appeared on the Botha Lawn beneath the Union Buildings the crowd went wild.
More than 100,000 South African men, women and children of all races sang and danced with joy.
Addressing the crowd President Mandela paid tribute to outgoing president Mr FW de Klerk: “He has made for himself a niche in history.
“He has turned out to be one of the greatest reformers, one of the greatest sons of South Africa.”
He also spoke of the “human disaster” of apartheid.
“We saw our country tear itself apart in terrible conflict… The time for healing of wounds has come… Never, never again will this beautiful land experience the oppression of one by another.”
And urging forgiveness he said in Africaans: “Wat is verby verby” – “What is past is past”

Following the inauguration ceremony, President Mandela entrusted his deputy, Thabo Mbeki, with the day-to-day business of the government.
Mandela himself concentrated on the ceremonial duties of a leader, building a new international image for South Africa.
Mandela stepped down as South Africa’s president after the ANC’s landslide victory in the national elections in the summer of 1999, in favour of Mr Mbeki.
Since his retirement he has continued travelling the world, meeting leaders, attending conferences and collecting awards.