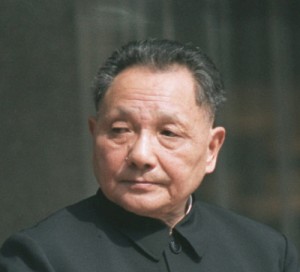 China’s paramount leader Deng Xiaoping has died at the age of 92.
He had been suffering from failing health for several years and was last seen in public three years ago.
The country’s official news agency said his death was the result of advanced stages of Parkinson’s Disease complicated by a lung infection and that he had failed to respond to emergency treatment.
Although he was officially retired, no important decision affecting China was made without Deng Xiaoping’s approval.
He was known internationally as the leader who crushed the Tiananmen Square protests in 1989 but also as the man credited with opening up China to economic reform.
Chinese radio’s shortwave English language service praised his “outstanding” leadership as a “great Marxist and the true architect of China’s socialist reforms and modernisation”.
A funeral committee has been announced, to be headed by Jiang Zemin, which regional experts say makes him the most likely candidate to gain the leadership.
Meanwhile Tiananmen Square the symbolic heart of China and the communist party is reported to be peaceful, with no sign of extra security.
The BBC’s Beijing Correspondent Humphrey Hawksley said that given Deng Xiaoping’s stated disregard for the “cult of the personality” it was unlikely there would be any grand state funerals.
Humphrey Hawksley said: “Deng wished to hand over rule to a collective leadership of modern thinking technocrats and not a god-king that China has traditionally been accustomed to.”
International reaction to the news has been complimentary about the dead dictator and his contribution to the world economy.
US Secretary of State Madeline Albright said he was “an historic figure” and that the US would continue to pursue a “multi-faceted relationship with China”, based on issues of trade, the environment and human rights.
The UK’s Foreign Secretary Malcolm Rifkind expressed his hope economic and political reforms would gather speed, not only for China but to protect Hong Kong’s future.
The British colony is due to be handed back to the Chinese in June and the Chinese leadership has already said it intends to dismantle a recently-implemented democratic system.
But Hong Kong Democratic Party Chairman, Martin Lee, says if the Chinese leadership tries to control Hong Kong “freedoms will be eroded”.
“The rule of law will be whittled down. And that cannot be good because Hong Kong’s freedoms are a foundation for a bright future,” he said.

When Deng took power in 1978 he announced a new era of reform.
He dismantled collective farming and allowed private enterprise including special free market zones.
Politically, Deng had a reputation as a hardliner, and repeatedly ordered crackdowns on dissidents.
He drew global condemnation when he used the army to crush student demonstrations in Tiananmen Square in June 1989.
China is a military superpower, the world’s most populous country, and has a vast economy experiencing both growth and diversification.
But political freedom remains heavily suppressed, and even the Chinese Communist Party’s guarantee of liberal freedoms in Hong Kong is becoming questionable.