Tourism | Let down by China, Mauritius turns to Saudi Arabia for growth 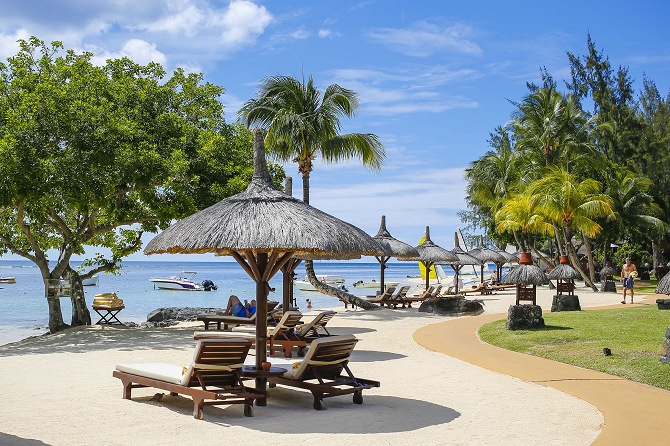 Let down by falling numbers of Chinese visitors and fretting about Brexit, the tourism industry of Mauritius is turning to an unexpected savior: Saudi Arabia.
While surging numbers of Chinese visitors to the Indian Ocean island’s resorts helped underpin an 11% annual growth rate in tourists in 2015, that slowed to 4.3% last year, partially as a result of the scrapping of direct flights by China Southern Airlines Co.
In 2015 Mauritius attracted 90,000 visitors from China. The total this year is likely to be less than half that, according to figures from the national statistics agency. A weakening pound and the prospect of a further currency plunge if the U.K. exits Europe this year, is another cause for concern: The U.K. is Mauritius’s fourth-biggest source of tourists.
But now the Saudis are coming and for the country, famed for white-sand beaches and dramatic mountains, that’s a bonus. Tourism accounts for 8% of its gross domestic product and indirectly employs a fifth of its workforce. In the first half of this year, Saudi visitors almost doubled to 9,219 from the previous year, thanks to three flights a week from Riyadh and Jeddah introduced by Saudi Arabian Airlines in 2017. Diplomatic ties between the two countries have strengthened since, with Mauritius opening an embassy in Saudi Arabia last year and a state visit from Saudi’s interior minister a few weeks later.

Lavish vacations
“It’s really been a happy surprise,” Jean-Michel Pitot, chairman of Mauritius’s association of hotel and restaurant owners, said in an interview in the capital, Port Louis. “Those planes are well-filled. I didn’t expect that.”
While the Indian Ocean island nation has traditionally enjoyed a steady stream of visitors from Europe, a legacy of its colonial history, it’s been struggling for years to draw tourists from other continents. For Americans, it’s simply too far away. The African market, despite its proximity, remains largely untapped because of poor flight connections and the relatively high cost of vacationing in Mauritius.
Even though the Saudis represent only a tiny fraction of the island’s 1.4 million annual visitors – more than its population of 1.27 million – their spending power has helped compensate for the drop in arrivals from China. Saudis typically stay in private luxury villas and they tend to spend lavishly on meals and services.

Outrageous Ponchos
Still, that wealth has a downside. Mauritians expressed their outrage on social media when a news outlet reported that a Saudi tourist had paid 85,000 rupees ($2,200) for two woolen ponchos – a price considered so extortionate they said it could scare off future travelers. The shopkeeper promptly went on local radio to announce he’d reimburse the customer.
The poncho dispute highlighted the wider debate between the government and hotel owners association as they publicly argue over the causes of the slowdown. Arrivals rose only 0.5% to June, well below a target of 2.5% for the year.
While some tourist operators blame fierce competition from more luxurious destinations, such as Maldives and the Seychelles, others say it’s because of the weather, or point to the numerous stray dogs that roam the country’s winding roads. The government pledged earlier this year to increase spending on cleaning campaigns and keeping the country pretty and efficient – with a metro in and around the capital as one of its projects.
“Politicians tend to focus on quantity, but we say it’s a bit wider than that,” said Pitot. “The beaches aren’t as beautiful as they were 30 years ago. There’s more pollution, there are more traffic jams. On top of that, the tourism industry worldwide has changed enormously in recent years. Just beach and sun is no longer enough. People want an experience.”
The government said the reasons for the fall in Chinese numbers is more mundane. There aren’t enough planes.
“We’ve done a lot of marketing campaigns on Chinese social media and we invited Chinese artists and bloggers,” Gayan said. “But I think, to capture the Chinese market, we need more regular flights. A Chinese tourist who isn’t satisfied wants to be able to leave the next day. They don’t want to wait five days before they can leave.”
So the government is lobbying new countries to keep the tourists coming, with a roadshow planned in Kenya this year, Tourism Minister Anil Gayan said.
“Historically our hotel industry has always looked at Europe,” Gayan said. “If I say, let’s do a roadshow in Saudi Arabia, they won’t even come. They’re not interested. But we think we shouldn’t have more than 20% of whichever nationality in one hotel at any given moment. We need that diversity.” Pauline Bax & Kamlesh Bhuckory, Bloomberg