Trade | China’s trade with US shrinks as tariff war worsens 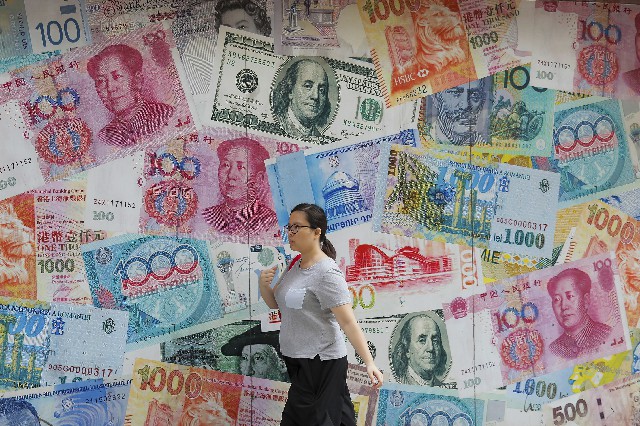 China’s trade with the United States is falling as the two sides prepare for negotiations with no signs of progress toward ending a tariff war that threatens global economic growth.
Imports of American goods tumbled 22% in August from a year earlier to $10.3 billion, customs data showed yesterday. Exports to the United States, China’s biggest market, sank 16% to USD44.4 billion.
Both sides have raised tariffs on billions of dollars of each other’s imports in the fight over complaints about Beijing’s trade surplus and technology development plans. The United States, Europe, Japan and other trading partners say those violate Chinese market-opening commitments.
U.S. and Chinese negotiators are preparing for talks in October. Despite that, the two governments escalated their fight on Sept. 1, imposing or increasing penalties on billions of dollars of goods. President Donald Trump plans another increase Oct. 15.
Chinese exporters also face pressure from weakening global consumer demand. That hurts efforts to find markets to replace the United States.
“The tit-for-tat escalation shows how unlikely a trade deal and de-escalation have become,” said Louis Kuijs of Oxford Economics in a report. “Meanwhile, the global trade weakness looks set to linger, which will continue to weigh on demand for China’s exports.”
The conflict has disrupted trade in goods from soybeans to medical equipment, battered traders on both sides and fueled fears in financial markets of a global economic slowdown.
China’s politically sensitive trade surplus with the U.S. narrowed to $31.3 billion in August from $27 billion a year earlier.
China’s global exports fell 3% to $214.8 billion, while imports were up 1.7% at $180 billion. For the first eight months of 2019, exports were off 1% from a year earlier and imports were down 5.6%.
China’s global trade surplus rose 25% from a year earlier to $34.8 billion.
Exports to the European Union rose 3% from a year earlier to $38.3 billion.
U.S.-Chinese negotiations broke down in May over how to enforce any agreement. Beijing says Trump’s punitive tariffs must be lifted once an agreement takes effect. Washington says some must stay to ensure Beijing carries out any promises it makes.
Trump and Chinese President Xi Jinping agreed in June to resume negotiations, though neither side shifted its position. Talks in Shanghai in July ended with no indication of progress.
The governments agreed to meet again in September but that was postponed to October. They have yet to announce a date.
Washington imposed 15% tariffs on Sept. 1 on $112 billion of Chinese imports and plans to hit another $160 billion on Dec. 15. That would extend penalties to almost everything the United States buys from China.
Beijing responded by imposing duties of 10% and 5% on a range of American imports. More increases are due on Dec. 15 in line with the U.S. penalties.
U.S. tariffs of 25% imposed previously on $250 billion of Chinese goods are due to rise to 30% on Oct. 1.
China has imposed or announced penalties on an estimated $120 billion of U.S. imports. Some have been hit with increases more than once, while about $50 billion of U.S. goods is unaffected, possibly to avoid disrupting Chinese industries.
Beijing also has retaliated by canceling purchases of soybeans, the biggest single U.S. export to China.
The Chinese government has agreed to narrow its trade surplus with the U.S. but is reluctant to give up development strategies it sees as a path to prosperity and global influence.
Some analysts suggest Beijing is holding out in hopes Trump will feel pressure to make a more favorable deal as his campaign for the 2020 presidential election picks up. Trump has warned that if he is reelected, China will face a tougher U.S. negotiating stance. Joe McDonald, Beijing, AP