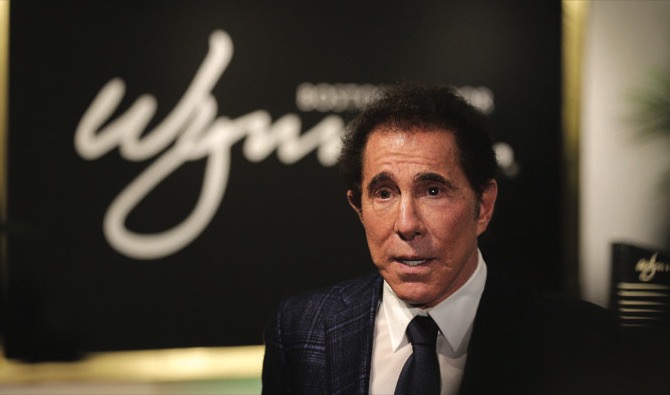 Two massage therapists have claimed in new lawsuits that casino mogul Steve Wynn used his power to coerce them into sexual acts, making them the latest women to accuse the billionaire of sexual misconduct.

The unnamed 49-year- old woman and an unnamed 36-year-old woman made strikingly similar allegations in their separate lawsuits about what happened during their time as therapists working for Wynn Resorts.

Wynn forced the younger woman into sexual acts about 50 times over the course of about three years starting in 2006, she said in a lawsuit filed last week. She says Wynn gave her USD400 “tip” after each massage and told her to never to talk about it.

The older woman said Wynn forced her sexual acts about a dozen times in 2011-2012, giving her a $1,000 “tip” after each massage and telling her to never to talk about it, according to her lawsuit filed Wednesday.

Both said the sessions took place in Wynn’s office with the door locked and security officers and dogs outside guarding the room. The women said they declined some of his sexual requests, but said they thought they would be fired if they did not agree to do certain things.

Wynn’s spokesman, Ralph Frammolino, did not immediately respond to an emailed request for comment.

Wynn has denied the previous misconduct accusations and attributed them to a campaign led by his ex-wife. Her attorney has denied that she instigated a Wall Street Journal story in late January that reported a number of women said he harassed or assaulted them and that one case led to a $7.5 million settlement.

Wynn resigned as chairman and CEO of Wynn Resorts on Feb. 6, less than two weeks after the story broke.

The new lawsuits came after police reports were made public last week that showed two women made allegations against Wynn dating from the 1970s. One of the woman told police she had a child with Wynn after he raped her, while another reported she was forced to resign from a Las Vegas job after she refused to have sex with him.

The massage therapists are also suing Wynn Resorts’ board of directors, accusing them of being liable because they should have reasonably known that Steve Wynn was a “danger to female employees.”

Wynn Resorts spokesman Michael Weaver said last week the company had no immediate comment because it had not reviewed the lawsuits.

The women say in the lawsuit that they were hired in 2005 by Wynn Resorts as a massage therapist. Starting around 2006, Wynn began making regular appointments for the younger woman to give him massages in his office. He began doing the same with the older woman in 2011.

They both said the first massages were normal, but then Wynn began exposing himself to them after he learned that they were each financially dependent on the job. The older woman told Wynn that she was going through a divorce and would soon become a single mother, she said in the lawsuit.

The final occurrence with the older woman came in 2012, but she continued to experience emotional distress and a hostile work environment until she left the company last year, her attorneys Justin Watkins and Matthew Hoffmann said Thursday.

The women decided to file the lawsuits after seeing media reports and court filings that made them realize they weren’t alone and that the Wynn Resorts’ board of directors must have known, Watkins and Hoffman said.

The lawsuits add to a host of legal challenges facing Wynn and his former company since news report in January revealed sexual misconduct allegations against the billionaire.

In addition, groups of shareholders have filed lawsuits in state court in Las Vegas accusing Wynn and the board of directors of Wynn Resorts of breaching their fiduciary duties by ignoring what the lawsuits described as a longstanding pattern of sexual abuse and harassment by the company’s founder. Brady McCombs, AP