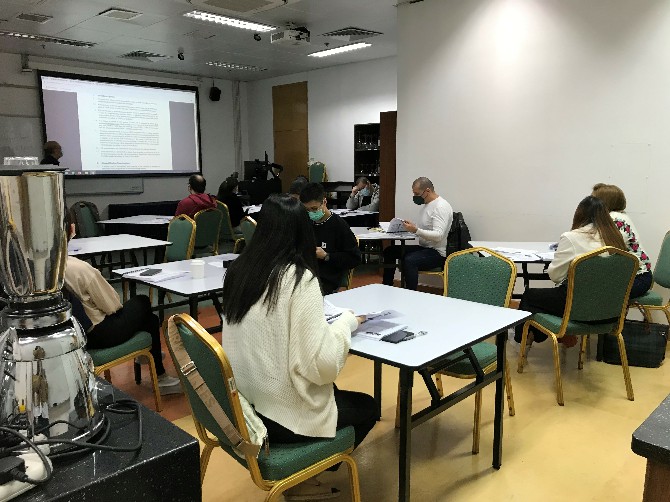 The unemployment and underemployment rates in Macau have dropped marginally during the second quarter (Q2) of this year, information from the Statistics and Census Service (DSEC) noted.
According to the release, the general unemployment rate for the period of April to June 2021 was 2.9%, and the unemployment rate of local residents was 3.9%, down by 0.1 and 0.2% respectively, when compared to the previous period (March-May 2021).
During the same period, the underemployment rate dropped by 0.7% to 3.5%.
At the end of June, the labor force living in Macau totalled 387,000 people, with a labor force participation rate of 68.3%.
Although the unemployment rate was reported as generally marginally dropping, it is possible to ascertain from the DSEC release that the total number of people employed at the end of June was 375,900, 2,800 less than at the end of May.
Following the same trend, the number of employed residents totalled 276,400, a drop of 2,200 people from the previous month.
According to the official data, the number of unemployed decreased by 800 from the previous period to 11,100.
Among the unemployed population searching for a new job, most were previously engaged in Gaming & Junket Activities and the Construction sector.
The number of the underemployed dropped by 2,700 from the previous period to 13,600, with the majority also working in Gaming & Junket Activities, along with the Transport & Storage sector.
Meanwhile, the proportion of new labor market entrants seeking their first job increased by 1%, to 7.5% of the total unemployed.
The Employment Survey covered residential units in the Peninsula, Taipa, and Coloane, excluding collective living quarters such as dormitories and elderly homes.
Based on the cross-border movement records, it is estimated that an average of 84,300 residents and non-resident workers were working in Macau from April to June, but lived outside the territory. The DSEC noted that, if these people are included in the survey, the total labor force is raised to 471,300 – a decrease of 2,900 people from the previous period.
Median monthly employment earnings of the employed in the Q2 increased MOP200 quarter-to-quarter to MOP15,500, with those working in Gaming & Junket Activities and the Construction sector earning MOP19,800 and MOP15,000, respectively.
The median earnings of the employed residents remained consistent with the previous quarter, at MOP20,000.