US, Japan agree to keep troops on base to curb Covid spread 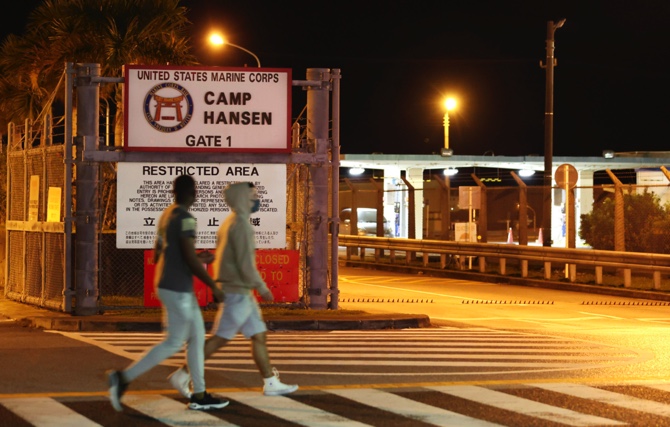 The U.S. and Japan yesterday agreed to keep American troops within their bases as worries grew about a sharp rise in coronavirus cases in the country.

The restrictions starting today will last 14 days, confining U.S. military personnel to base facilities except for “essential activities,” a statement from the U.S. Forces in Japan said. The Japanese Foreign Ministry released the same statement.

The allies will share information and cooperate on coronavirus measures, “given the extraordinary virulence of the omicron variant spreading throughout Japan,” the statement said.

U.S. military members will wear masks, both on and off base, when outside their homes, and will continue to carry out strict testing before leaving for and after arrival in Japan, it said.

New COVID-19 cases have surged in Japan, jumping above 8,000 on Saturday, a four-month record. The spike has been most pronounced in areas near U.S. bases. Last week, Japan asked the U.S. for cooperation in keeping its military personnel on base.

Okinawa, a southwestern group of islands that houses most of the 55,000 U.S. troops in Japan, is among the three prefectures where separate government restrictions kicked in yesterday. The measures, which last through the end of the month, include the early closing hours for restaurants, at 8 p.m. or 9 p.m. Some restaurants also must stop serving alcohol.

The restrictions also went into effect in Yamaguchi prefecture, where Iwakuni base is located, and nearby Hiroshima. The Hiroshima Peace Memorial Museum, which documents the U.S. atomic bombing of Japan at the end of World War II, and Hiroshima Castle are both closed to visitors.

Other regions may see similar restrictions if cases keep rising.

People have been warned to stay home and avoid travel. Until recently, bars, shrines and shopping districts have been jam-packed with year-end shoppers and New Year’s holiday travelers.

In Tokyo, confirmed daily cases have exceeded 1,200 for the past two days, 14 times the previous week.

Throughout the pandemic, Japan has never imposed a lockdown but has implemented varying levels of restrictions, including school closures and event cancellations.

Japan has reported about 18,300 COVID-19-related deaths so far. On recent days, there have been just one or two deaths, and on some days, none at all. Yuri Kageyama, Tokyo, MDT/AP