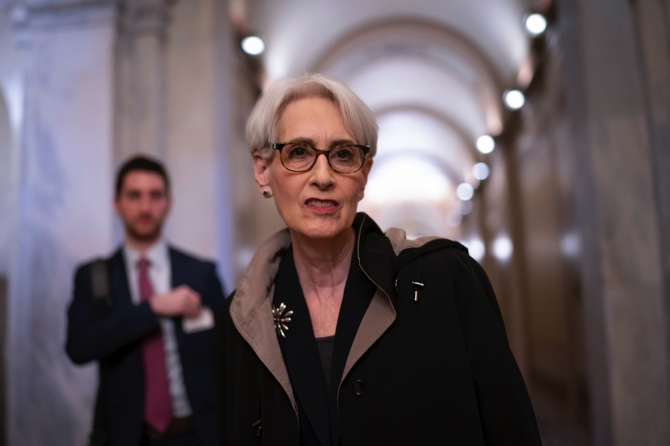 The U.S. is sending a high-profile diplomatic delegation to visit the Solomon Islands next week led by Deputy Secretary of State Wendy Sherman and including Ambassador to Australia Caroline Kennedy.

The U.S. State Department said yesterday the trip is to commemorate the 80th anniversary of the Battle of Guadalcanal and for the diplomats to meet with Solomon Islands officials to “highlight the enduring relationship” between the two nations.

The visit will hold particular personal interest for Sherman and Kennedy, whose fathers both fought there during World War II.

And it comes after the U.S. and several Pacific nations expressed deep concern about a security pact the Solomon Islands signed with China in April, which many fear could result in a military buildup in the region.

The trip will also highlight the reopening of the U.S. embassy in the capital, Honiara, which is part of an express U.S. strategy to counter China’s growing influence.

The U.S. previously operated an embassy in the Solomon Islands for five years before closing it in 1993.

Kennedy has just begun her role in Australia after formally presenting her credentials on Monday. When she arrived in Australia last week, she told reporters the Pacific region was critical and “I think the U.S. needs to do more.”

“We’re putting our embassies back in and the Peace Corps is coming, and USAID is coming back and we’re coming back,” she said.

Kennedy said the Pacific held great personal significance because her father, the late President John F. Kennedy, had served there during World War II and “was rescued by two Solomon Islanders and an Australian coast watcher.”

Sherman’s father Mal Sherman was a Marine who was wounded during the Battle of Guadalcanal.

As well as Sherman and Kennedy, the delegation will include Kin Moy, a state department principal deputy assistant secretary, and Marine Corps Lt. Gen. Stephen Sklenka, the deputy commander of the U.S. Indo-Pacific Command.

During the Aug. 6-8 trip, Sherman is scheduled to give speeches at Skyline Ridge, the site of the U.S. Guadalcanal Memorial, and at Bloody Ridge. MDT/AP