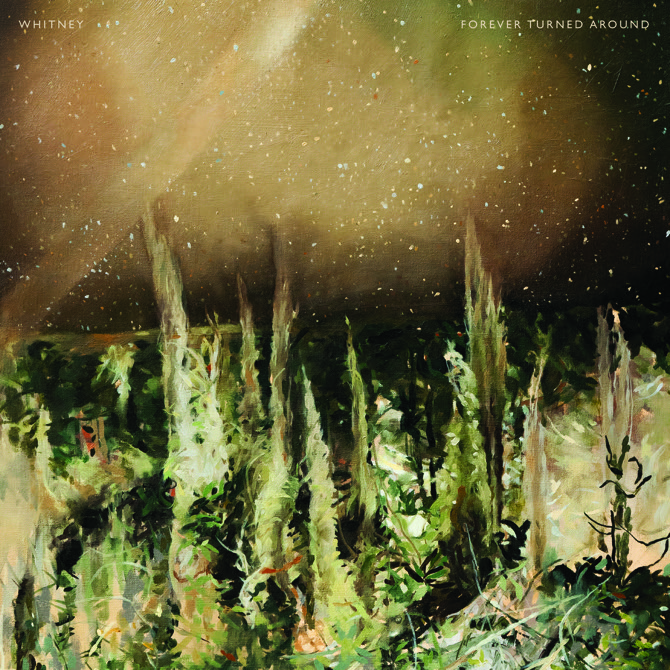 Indie-rock duo Whitney may have a light, easy sound, but that isn’t an indication of the themes they touch on or emotions they evoke. The pair peaked interest in their debut album “Light Upon the Lake,” and with “Forever Turned Around,” they’ve proved that the success of their first wasn’t a fluke.

Comprised of Julien Ehrlich and Max Kakacek, the mid-20-year-olds write well beyond their years. The 10-track sophomore album is one that is both melancholy and hopeful, contemplating the impermanence of both love and being.

Ehrlich’s distinctive cooing falsetto paired with horns on songs like “Giving Up” and “Friend of Mine” gives their sound its youthful feel, while lines such as “I don’t feel alive but I’ve been living” ground the album in reality.

The lyrics are both vulnerable and resolute, with choruses that are often astonishingly simple— the repetition of two to five words sung gently by Ehrlich.

Simple words follow poignant lines such as in “Valleys (My Love)” when a chorus of “my love” echoes after Ehrlich sings, “I feel like I’m holding on/To a place in your heart that’s long gone.”

The album is full of sound, coloring cozy guitar riffs and twinkling keys with strings and brass.

The title track is a shining example of what Whitney is capable of, allowing the listener to drink in the bittersweet sound of a song that is both beautiful in composition and wary in tone. “The highs keep falling back down/But it gets no better thinking about/The way forever turned around.” Ragan Clark, AP