Why China won’t join any Iran-Russia coalition against Trump 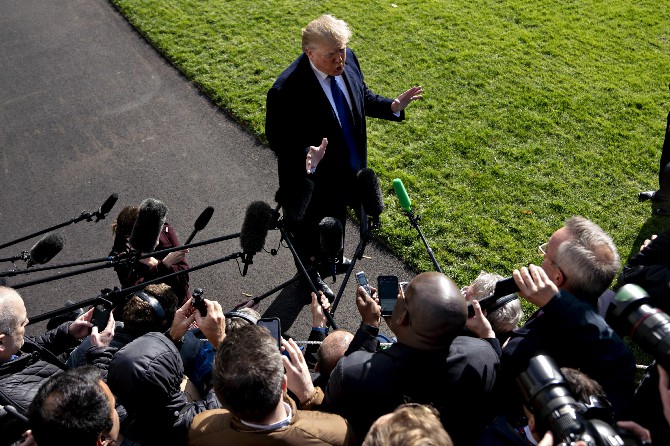 Beijing’s muted response to the U.S.’s killing of top Iranian commander Qassem Soleimani suggests China still isn’t ready to join Russia in taking a more direct role in the Middle East’s entrenched conflicts.
While Foreign Minister Wang Yi said China was “highly concerned” by the action and called it “unacceptable,” he didn’t use words like “condemn” or “denounce” like his Iranian and Russian counterparts, Javad Zarif and Sergei Lavrov. Instead, he told Zarif that China would “play a constructive role” to help safeguard regional security and said on a call with Lavrov that “all parties” must uphold international law.
The comments were consistent with China’s past efforts to avoid commitments in a region where it could clash with the U.S. and its allies. Beijing has so far done little to counter President Donald Trump’s effort to ratchet up pressure on Tehran, beyond defending the Iran nuclear deal and criticizing the U.S.’s unilateral sanctions.
On Monday, the U.S. accused China of siding with Russia at the United Nations to block a Security Council resolution condemning the attack on the American embassy in Baghdad that precipitated Trump’s decision to order the strike at Soleimani. The U.S. mission to the UN said the move “calls the council’s credibility into question.”
There’s little to indicate that Soleimani’s death will spur China to stray far from its past balancing act, especially as President Xi Jinping seeks to wrap up preliminary trade negotiations with Trump this month. While China has stepped up military cooperation with Russia and expanded ties with Tehran, it also relies on Iran’s rival Saudi Arabia as its top supplier of foreign oil.
“China is caught up in a dilemma where it doesn’t want to provoke the Trump administration, has a deepening strategic partnership with Russia while has its own interest at stake in Iran,” said Shi Yinhong, an adviser to China’s cabinet and also a professor of international relations at Renmin University in Beijing. “I expect the Chinese government to stick to a mild tone, calling on both sides to exercise restraint and refrain from escalating tensions.”
China and Russia have enhanced military ties in recent years, conducting joint naval drills annually and coordinating security policies across Asia through the Shanghai Cooperation Organization. Xi and Vladimir Putin have met more than 30 times since 2013, with the Chinese leader calling his Russian counterpart his “closest foreign colleague.” Putin has said Russia-China cooperation reached an “unprecedentedly high level.”
Still, they are unlikely to team up in a Middle East conflict. Although Chinese officials have repeatedly blasted U.S. actions against its own trade and security interests, they have opted for a lower-key response to Washington’s disputes with Beijing’s diplomatic partners. China avoided moves to stop American efforts to oust its long-time diplomatic patron Nicolas Maduro, saying only it was a domestic affair that should be resolved by the Venezuelan people.
Ian Bremmer, the president and founder of the Eurasia Group, told Bloomberg Television on Monday that China has a different objective from Russia in the Middle East. “The Russians actually want chaos. The Chinese want stability,” Bremmer said.
Similarly, China has dramatically scaled back its purchases of Iranian oil since the U.S. ended sanctions waivers last year, importing less than 548,000 tones of crude in November compared with just over 3 million in April. China remains Iran’s biggest oil buyer, but it bought five times as much from Saudi Arabia in the first 11 months of last year.
It’s unclear what it would take for China, which boasts the world’s second-biggest economy and defense budget, to take a more assertive role in the Middle East. Last month, China hosted Zarif, the Iranian foreign minister, for a visit to Beijing and participated in joint naval drills with Iran and Russia in the Indian Ocean and Gulf of Oman.
Li Guofu, a former Chinese diplomat to the U.S. and director of the China Institute of International Studies’ Center for Middle East Studies, said foreign powers had few options to discourage Trump from his “law-of-the-jungle” decision to withdraw from the Iran nuclear deal. “In this case, other countries can do very little to possibly change the status quo,” Li said.
Trump has at times suggested that he would like to see Xi come off the sidelines in the Middle East, saying in a June tweet that countries like China should start protecting their own oil shipments through the Persian Gulf. China’s foreign ministry sidestepped a question Monday about whether the country would consider a larger security role in the Middle East.
“The worsening of the situation in the gulf is not in the interests of anyone,” ministry spokesman Geng Shuang told a regular news briefing in Beijing. “We oppose the abuse of force in international relations. We call on all relevant parties to exercise restraint, avoid the spiral of escalation and make efforts to cool down the situation.”
China could use its platform as a permanent member of the UN Security Council to criticize U.S. actions against Iran, a role that Wang Yi mentioned in his statement on the Soleimani killing. Still, Beijing would delay such a move for as long as possible, according to Shi, the Renmin University professor.
“China will not take sides in the UN Security Council until it has to,” Shi said. Bloomberg