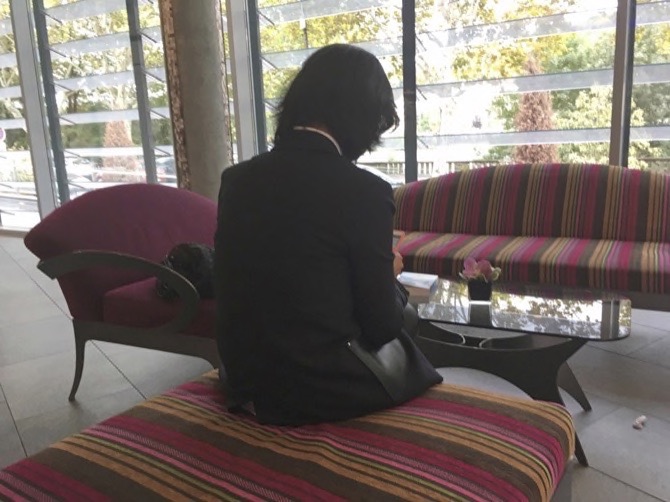 Meng’s wife Grace Meng said her lawyers filed a legal complaint in the Permanent Court of Arbitration in The Hague, Netherlands. In a statement sent to The Associated Press, she says Interpol “breached its obligations owed to my family” and “is complicit in the internationally wrongful acts of its member country, China.”

The court in The Hague did not respond to requests for comment. Such cases generally take many months to settle, and its proceedings and rulings are not made public.

Meng Hongwei was arrested in September amid a campaign against corruption and political disloyalty led by Chinese President Xi Jinping. A Chinese court said Meng confessed last month to accepting more than USD2 million in bribes, but his wife calls the case “fake” and politically driven.

The arrest, shrouded in secrecy, was a troubling episode for Interpol.

Meng — who was elected Interpol president in 2016 but retained responsibilities as Chinese vice minister of public security — vanished into custody while visiting China. Interpol was not informed about the detention, and was forced to ask China about his whereabouts.

After the arrest, Grace Meng and her family stayed in France, where Interpol is based. She said she received threats, and was put under French police protection.

Interpol’s general secretariat said in a statement yesterday that it “forcefully disputes” any wrongdoing.

The agency said the arbitration case was filed in April by lawyers representing Meng and his family, and says the allegations are “legally baseless.” Interpol says the proceedings are meant to be confidential.

Interpol denies the agency “had any involvement with China’s actions” against Meng.

There are suspicions Meng fell out of political favor with Xi, who has come down hard on corruption and perceived disloyalty in what observers say is a campaign calculated to strengthen party control while bringing down potential challengers to his authority. Angela Charlton, Paris, AP