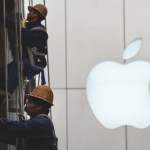 CHINA An Apple supplier in China is violating safety and pay rules despite the computer giant’s promises to improve conditions, two activist groups said yesterday, ahead of the release of the iPhone 6. The report by China Labor Watch and Green America adds to a string of complaints about wage, safety and environmental conditions at China’s network of contractors. Violations at Catcher Technology’s facility in the eastern city of Suqian have worsened since they were pointed out to Apple in April 2013 by China Labor Watch, the report said.

AFGHANISTAN The Taliban struck a government compound in eastern Afghanistan yesterday in a dawn attack that included two suicide truck bombings and left at least 12 people dead, including 10 policemen asleep in their quarters nearby.

JAPAN The multi-nation fisheries body that monitors most of the Pacific Ocean has recommended a substantial cut to the catch of juvenile bluefin tuna, a move conservationists say is only an initial step toward saving the dwindling species. The Western and Central Pacific Fisheries Commission announced the decision after meeting in Fukuoka, a city in western Japan. It said the catch should be cut to half of its average level in 2002-2004.

NETHERLANDS Dutch authorities leading an international investigation into the downing of Malaysia Airlines Flight 17 over eastern Ukraine plan to publish a preliminary report Sept. 9 into the disaster that killed all 298 people on board. The Dutch Safety Board said in a statement yesterday the report “will present factual information based on sources available” to its investigators.

SOUTH AFRICA The Dalai Lama has again been refused entry into South Africa where he was going to attend the 14th World Summit of Nobel Peace Laureates, his South African representative says. Concern about angering China has been cited for a visa refusal in the past. 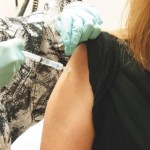 UK As West Africa struggles to contain the biggest ever outbreak of Ebola, some experts say an unusual but simple treatment might help: the blood of survivors. The evidence is mixed for using infection-fighting antibodies from survivors’ blood for Ebola, but without any licensed drugs or vaccines for the deadly disease, some say it’s worth a shot. “This is something that’s fairly simple to do,” said Dr. Peter Piot, director of London’s School of Hygiene and Tropical Medicine and the co-discoverer of the Ebola virus.

IRAN  The European Union says that talks between Iran and six world powers on a nuclear deal will resume on New York on Sept. 18. EU spokesman Michael Mann said yesterday that preparatory meetings will be held in Vienna next week. Negotiators face a Nov. 24 deadline to overcome stubborn differences over the size and capacity of activities by Tehran that could be used to make nuclear arms.