It’s unclear what U.K. Prime Minister Theresa May hoped to get from leaders of the European Union at their recent summit. As things turned out, she got less than nothing — a public brush-off that further weakened her standing at home, if that were possible. Her Brexit strategy has collapsed, and nothing is to be gained by persisting with it any longer.

Playing for time is all May appears to have left, though time is not on her side. The withdrawal agreement she negotiated with the EU was set for a crushing defeat in Parliament last week. Instead of facing that verdict and moving on to develop a workable alternative, she postponed the vote, suggesting that it might not happen until late January — just weeks before the U.K. is due to leave the EU on March 29th.

May then went to Brussels asking the EU for reassurance on the notorious “backstop” — a device to avoid the need for a hard border between Ireland and Northern Ireland after Brexit, while leaving the U.K., perhaps indefinitely, as a rule-taker with no voice in EU affairs.

Some consoling words, devoid of legal substance, had apparently been negotiated by British and EU officials in advance — with May believing, against all evidence, that these crumbs might have been enough to change Parliament’s mind. In the end, the EU’s leaders refused even this. The withdrawal agreement cannot be changed, they said: The backstop stays as it is, and that’s that. 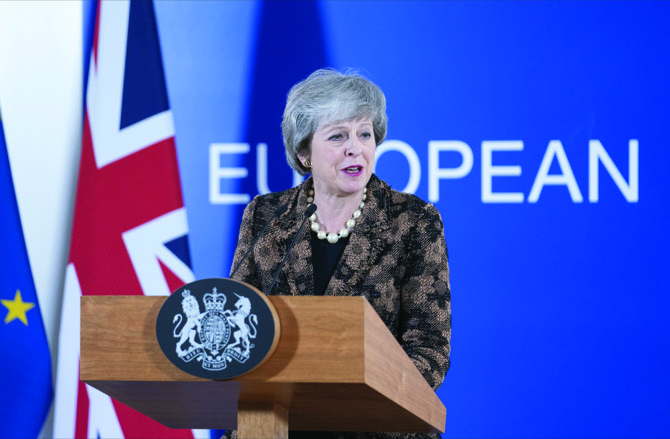 With Europe refusing to budge, May’s withdrawal agreement is dead, and further delay will not revive it.

What happens on or after March 29th if she persists with these tactics is anybody’s guess. Perhaps May calculates that if the vote on her deal waits long enough, Parliament will be pressured to back it. There are two problems with this. First, her deal is objectively terrible. Second, it’s impossible to predict what will happen on the brink of disaster, if May maneuvers the country into that position. Meanwhile, the continuing uncertainty, with no prospect of relief, is the worst of all outcomes for investment and growth.

The prime minister is nothing if not tenacious: The humiliations keep bouncing off. But mere survival in office is no achievement. May needs to help the country acknowledge that, despite all efforts, her Brexit project has failed.

Now, Britain has to choose between a cliff-edge Brexit, which few in the U.K want and for which no real preparations have been made, or remaining in the EU.

However, one rates the U.K. government’s performance over the past several years — and it’s hard to be generous — the results are in. The best available Brexit deal is worse, far worse, than remaining in the EU. The country ought to be given the opportunity to revisit its vote to leave the union. May or her successor (if it comes to that) needs to lead the U.K. out of this wilderness, starting now. The Editors, Bloomberg