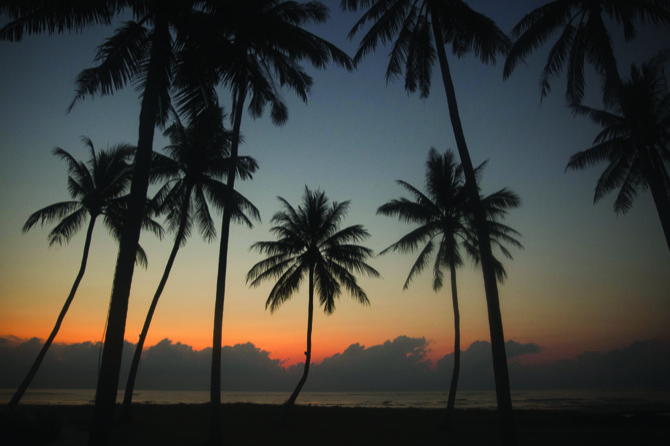 For Xi Jinping, diplomatic wins rarely come this easily: Just showing up at an Asia-Pacific summit this week would help to score a victory for China.

With U.S. President Donald Trump and Russian leader Vladimir Putin staying away from Papua New Guinea – an economy smaller than all 50 U.S. states – Xi is by far the most prominent among 21 leaders attending the Asia-Pacific Economic Cooperation meeting that starts on Friday. And he’s making the most of his time there, hosting leaders from about a dozen Pacific Island countries in a show of strength.

The South Pacific, consisting of nations scattered across thousands of miles of ocean, has increasingly become a strategic battleground between China and U.S. allies in Asia – particularly Australia. Xi has started pouring money into the cash-strapped region as part of his Belt-and-Road infrastructure initiative, leading to concerns that China will look to establish a military presence.

Australian Prime Minister Scott Morrison has pushed back, last week announcing a AUD2 billion (USD1.46 billion) infrastructure fund and increased naval deployments to exert influence in what he called “our patch.’’ Yet the absence of Trump, who is sending Vice President Mike Pence instead, has been seen as a missed opportunity for the U.S. to back up its ally and show the region it’s committed to providing a long-term alternative to China’s debt-driven economic outreach.

“The narrative on Belt and Road has shifted toward talking about debt traps and China’s attempts to get leverage, so Xi will try and reclaim the narrative and put it on his own terms about everyone benefiting and prospering together,” she said.

China has committed to spending at least $5.9 billion on more than 200 projects in the region since 2011, according to data collated by the Lowy Institute.

They’ve used concessional loans to fund billions of dollars of infrastructure projects, including a $500 million tourism resort in Fiji, a $320 million fish farm in French Polynesia and the newly completed conference venue in Port Moresby that will host the APEC conference.

That’s led to concerns in Washington about Xi’s endgame in the South Pacific. In a June report, the White House’s U.S.-China Economic and Security Review Commission warned that China was “well ahead of the U.S. in most areas’’ and a Chinese military base in the region “could pose challenges to U.S. defense interests and those of Australia and New Zealand, key U.S. partners in the region.”

China has denied its actions in the Pacific are driven by motives beyond economic expedience and altruism.

After a meeting in Beijing last week with Australia’s top diplomat, Marise Payne, Chinese Foreign Minister Wang Yi said the two nations were “not competitors, not rivals, but partners” in the region.

One of China’s main goals in the region is to win friends in a competition with Taiwan, according to Yu Changsen, executive director of China’s National Center for Oceania Studies at Sun Yat-sen University. Taiwan has diplomatic ties with six Pacific Island countries, while China has relations with eight. “The two have had a ‘diplomatic battle’ in this region for a long time,” Yu said.

Australia has recently raised tensions with Beijing by pushing back against China, its largest trading partner. Lawmakers in Australia this year passed a bill cracking down on foreign interference, a move that came after revelations that Chinese agents were funding politicians to advance its interests.

Morrison’s announcement of increased engagement in the Pacific comes after he said that Australia is formally committing to a joint initiative with Papua New Guinea to develop a naval base, edging out a bid by China.

That followed a June announcement that Australia will help fund a new telecommunications cable stretching from Sydney to the Solomon Islands, squeezing out Huawei Technologies Co. – a company that in August was banned from supplying next-generation wireless equipment to Australia’s telecom operators on national security grounds. MDT/Bloomberg