Xi to visit India this week, meet with Modi 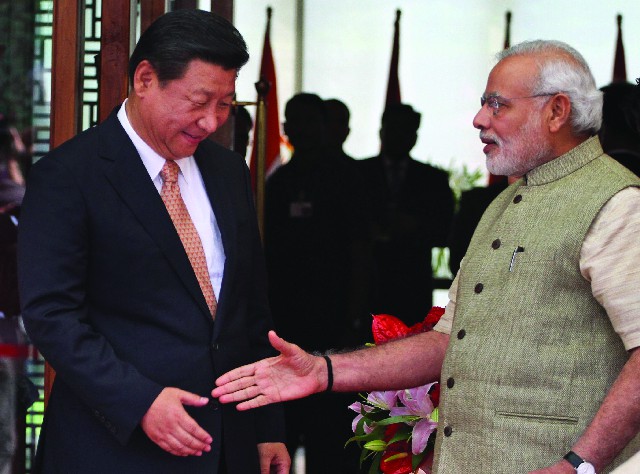 Chinese President Xi Jinping is coming to India to meet with Prime Minister Narendra Modi tomorrow, just weeks after China supported Pakistan in raising the issue of India’s recent actions in disputed Kashmir at the U.N. General Assembly meeting in New York.
India stripped Kashmir’s semi-autonomous status in August, deploying thousands of troops and cutting off internet connectivity to prevent protests. Thousands of people, including mainstream political leaders and young people, have also been detained.
The Himalayan region of Kashmir is claimed by both Pakistan and India and split between them.
At the U.N., China said India should not act unilaterally on Kashmir, a portion of which China also controls, and where there have been occasional border skirmishes between India and China.
On Oct. 31, New Delhi will take direct control of Ladakh, the border region famous for its sparsely populated and stunning landscapes, Buddhist monks in mountaintop monasteries and elusive snow leopards prowling rugged terrain.
India’s Ministry of External Affairs said Wednesday that Xi and Modi will meet in the southern coastal city of Chennai on Friday and Saturday to “exchange views on deepening” the two countries’ development.
They also will visit the nearby temple town of Mamallapuram.
Xi and Modi last met one-on-one at a resort in Wuhan, China, in April 2018.
Indian security forces have detained 10 Tibetan activists, including noted novelist and poet Tenzin Tsundue, near Chennai to stifle any protests during Xi’s visit, the Press Trust of India news agency reported.
Regional police in the southern state of Tamil Nadu also have asked more than a dozen Tibetan students to sign statements promising not to engage in activities that may “commit breach of peace or disturb the public tranquility,” according to a photo of the document provided by the Tibetan Students’ Association of Madras. Two leaders of the student association were among those detained on Sunday.
Dr. Tenzin Norbu, an English lecturer at Hindustan College in suburban Chennai, was also arrested on Tuesday and remains in custody.
Tenzin Dakpa, a leader of Students for a Free Tibet, said a Tibetan lawyer from Dharamsala, home of the spiritual leader the Dalai Lama and site of the Tibetan government-in-exile, has gone to Chennai to see if the detentions can be contested.
Pre-emptive detentions are not uncommon in India. EMILY SCHMALL & KRITHIKA VARAGUR, NEW DELHI, AP