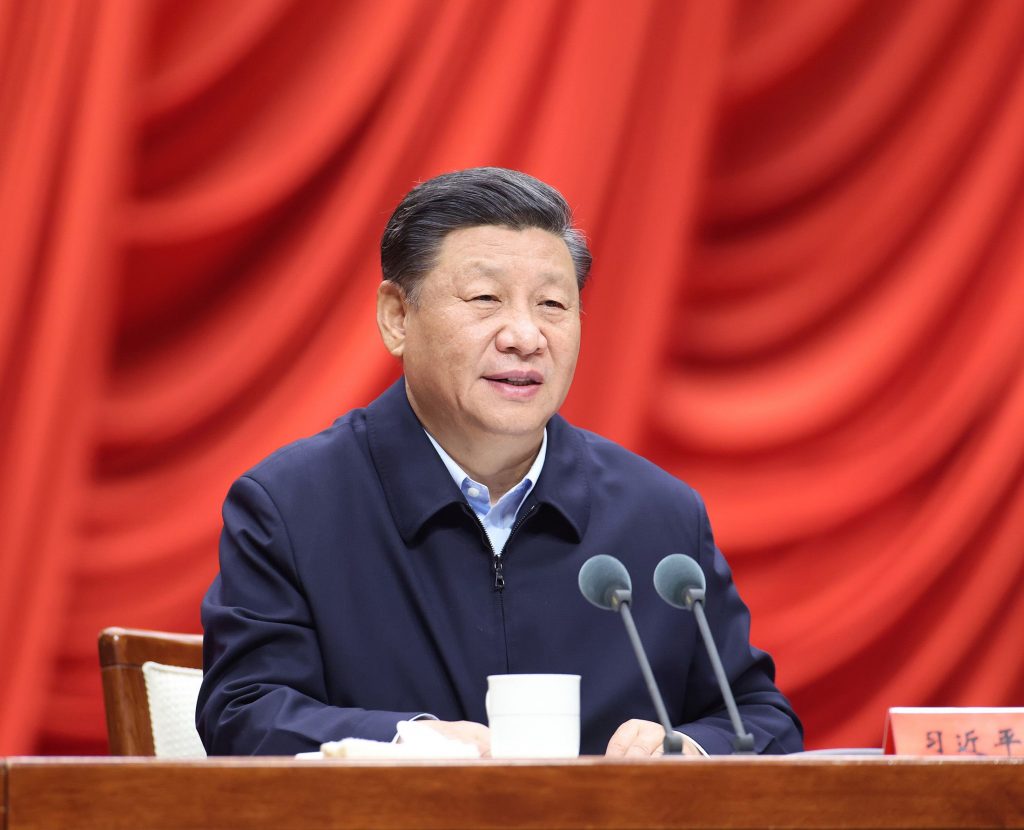 President Xi Jinping urged a greater focus on quality to overcome increased global uncertainty, as he began a sweep through China’s southern manufacturing powerhouse of Guangdong.

The Chinese leader made his latest pitch for “self-reliance” this week during a visit to the Chaozhou Three-Circle Group Co., according to the official Xinhua News Agency. He told workers at the Shenzhen-listed company, which produces advanced ceramics for most major Chinese mobile phone makers, to grasp the leadership’s intentions and find places in China’s “grand strategy.”

“Currently, we are experiencing changes unseen in a century, and we need to set ourselves on a path to higher quality self-reliance,” Xi said, in an oft-used allusion to U.S. President Donald Trump’s “America First” policies. “Self-dependent innovation is key for enterprises’ growth, industry upgrading and high-quality economic development.”

The trip through the Pearl River Delta, which has an annual economic output larger than Indonesia, was expected to bolster Xi’s Greater Bay Area plan to build the region into a global technology hub. Xi was slated to outline his latest policies Wednesday in a speech in Shenzhen to mark to 40th anniversary of the city’s establishment as a special economic zone.

China’s trade war with the U.S. and the pandemic-driven economic downturn have increased the urgency of Beijing’s efforts to increase local consumption and close the technology gap in strategic industries. In recent months, Xi has urged a shift to a “dual-circulation” economy fueled by domestic growth and supplemented by foreign technology and investment.

Xi is also scheduled to meet the leaders of Hong Kong and Macau as he seeks to leverage the former colonies’ separate trade and legal systems to help make the broader region more competitive. The Communist Party intends to build Shenzhen into a “socialist pilot zone with Chinese characteristics” over the next five years.

Hong Kong Chief Executive Carrie Lam said this week that “there need not be direct competition between Hong Kong and Shenzhen” as her government works to boost an economy pushed into a recession by Covid-19 and months of protests against China’s increasing grip.

“We have freedom of capital flow and currency exchange, a legal system in line with international standards and a large pool of professional talent,” Lam told Shenzhen Satellite TV. “These can complement Shenzhen’s technological capabilities and advanced manufacturing.”

The export-oriented reform and opening-up of Shenzhen has transformed the sleepy fishing village into a bustling metropolis of more than 13 million people. It’s home to numerous multinational companies including Huawei Technologies Co. and Tencent Holdings Ltd.