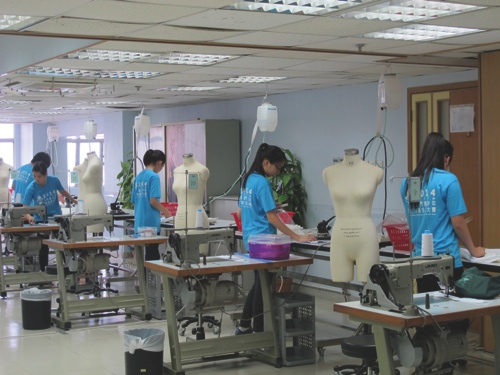 Twenty-one teenagers are competing in this year’s annual Fashion Technology Competition held by the Macau Productivity and Technology Transfer Center (CPTTM).
Contestants must complete three sessions – sewing, designing and presenting their pieces to the jury. Following one month of training, the competition began yesterday and will close on Aug 15.
First, the young participants were required to make a dress in a designated model using a sewing machine. In the second stage, which will be held on Thursday, teenagers will create their own designs responding to this year’s theme, “The Musical World.” Participants need to finish the two tasks in ten hours. In the final stage, the contestants will introduce their pieces to a jury formed by ten representatives from CPTTM and the local fashion industry. 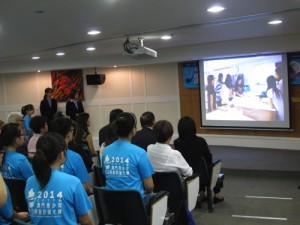 Holding the event for the 14th consecutive year, Dr. Shuen Ka Hung, CPTTM’s Director General, said that the competition aims to encourage young people’s interest in fashion design, so as to cultivate more talent entering the industry and to boost the growth of Macau’s cultural and creative industries.
Despite the high rent and labor shortage facing the local fashion

industry, Shuen is positive about its future. “We are not able to produce on a large scale, or world-famous brands, but we can make costumes that combine features of the East and the West, taking advantage of the character that Macau has. (…) If we figure out the selling point, buyers will not only

remember the clothes we make, but remember Macau as well. (…) I think the prospects (for the industry) are brilliant,” he said, speaking on the sidelines of the opening ceremony yesterday.
Winners of the 2014 Youth Macao Fashion Technology Competition will be announced Aug 29, with prizes of up to MOP1,800.
Launched in 2001, the competition targets young people aged between 14 and 20.