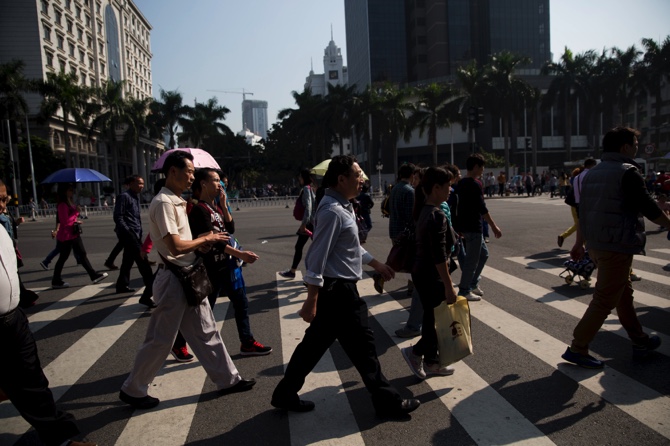 Pedestrians cross street in the Gongbei district of Zhuhai

The refurbishment of the covered corridor of the Border Gate connecting Macau and Zhuhai’s Gongbei district is being expedited, the Commerce Bureau of Zhuhai told local Chinese-language newspaper Macao Daily News.

Gongbei district is home to the busiest checkpoint between the two neighboring cities, which is known as the Portas do Cerco or Border Gate. In 2018, three-quarters of the 194 million border crossings in and out of Macau were recorded at the Border Gate.

As the busy Chinese Lunar New Year is approaching, Zhuhai immigration authorities are making the relevant preparations amid the revamp efforts. Nevertheless, the refurbishment will not be completed in time for the Lunar New Year, which starts this Saturday.

Authorities in Zhuhai recommend that travelers use other border checkpoints, such as the Hong Kong-Zhuhai-Macau Bridge or the Lotus Bridge checkpoint, to avoid possible congestion.

Originally, travelers crossing the Border Gate checkpoint needed to walk through a covered corridor to reach the immigration building on the other side. Duty-free shops also operated along the corridor.

During the refurbishment, people will be required to take a minor detour up one level when passing through the corridor. The Zhuhai government has erected provisional overpasses equipped with escalators. The duty-free shops at the immigration checkpoint were also relocated to the temporary overpasses.

The local Chinese-language newspaper interviewed some travelers in the Gongbei area. Travelers found the detour acceptable and said that there was no notable difference between taking the original and temporary replacement corridors.

When asked about the clarity of the signage, one interviewee said that usually visitors follow the signs in front of them as there are a large number of travelers at the checkpoint daily. AL