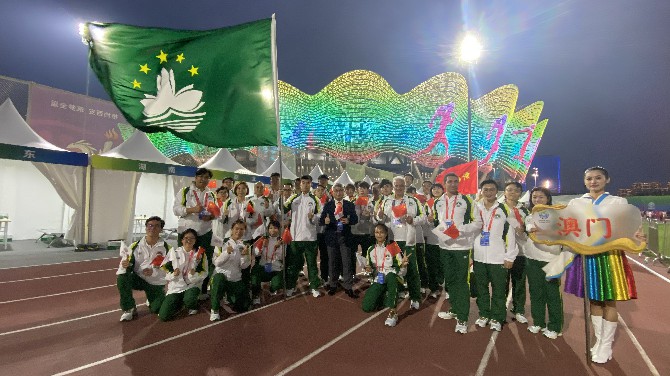 Elsie Ao Ieong, Secretary for Social Affairs and Culture and leader of the Macau delegation to the National Games 2021, attended the Games’ opening ceremony on Wednesday.
The Macau delegation to the games consists of 102 athletes competing in 17 events, including athletics, water sports (swimming, artistic swimming, diving), cycling (road and track), triathlon, beach volleyball, table tennis, badminton, tennis, karate-do, judo, taekwondo, fencing, boxing, wushu (taolu and sanda), shooting, canoeing (speed) and sailing (RS-X, Laser).
Following the opening ceremony, the judo competition commenced yesterday.
This year’s National Games is being held in Shaanxi Province and will be comprised of 35 sports.
As the People’s Republic of China’s largest and highest-standard integrated sporting event, the National Games is held every four years. The 14th edition was officially opened by President Xi Jinping.
The Macau government stressed that rigorous closed-loop pandemic management measures would be implemented. According to the government, all members of the delegation completed Covid-19 vaccination prior to arriving in Shaanxi, and were tested for SARS-CoV-2 48 hours before, and 7 and 14 days after arrival. While in Shaanxi, they will be tested for the virus regularly as part of the Games’ requirements.
After returning to Macau, they will also take further tests for the coronavirus. AL