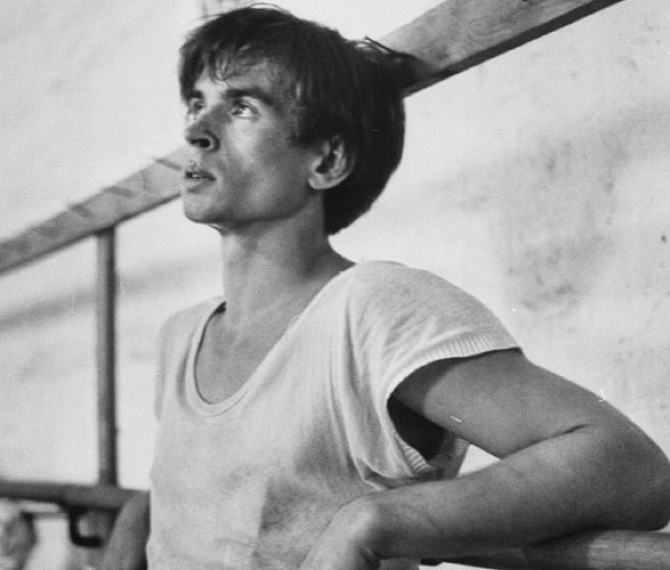 Principal dancer of the Kirov Ballet, Rudolf Nureyev, has broken free from Russian embassy guards at a Paris airport and requested asylum in France.

The 23-year-old Russian dancer dashed through a security barrier at Le Bourget airport shouting in English: “I want to be free.”

It is understood Nureyev was approached by two Russian guards as he was waiting, with the rest of his troupe, to board a BEA Vanguard plane to London.

The guards informed him that he was required to return to Moscow instead of going to London, but, as he was being escorted to a waiting Russian aircraft, he made his dash for freedom.

He was taken into the airport police station by two French police officers, followed by the two furious Russian guards, and a heated argument ensued.

He was immediately granted temporary asylum in France and his case was referred to the Office for the Protection of Refugees and Stateless Persons.

The Leningrad Kirov Ballet troupe continued their journey to London without their principal dancer. They are due to begin a four-week season at Covent Garden next week, having just finished a three-week season in Paris.

There has been widespread speculation that during his time in Paris, Rudolf Nureyev has fallen in love with 21-year-old Clara Saint, daughter of a wealthy Chilean painter based in Paris.

His association with Miss Saint and other members of Paris society had caused concern to the Russian authorities and was apparently a major reason behind his summons back to Moscow.

But Miss Saint said she was simply a friend of Mr Nureyev’s and that here had been “nothing serious” between them.

She said: “I have no idea why he asked for political asylum here. At a party last night he seemed perfectly normal and happy.

“I believe it was only after two Soviet Embassy officials told him he had to go back to Moscow instead of to London that he decided to ask for French protection.”

Mr Nureyev is also known to have become friendly with Serge Lifar, former director of the Paris Opera and star of Russian impresario Diaghilev’s Ballets Russes in the 1920s.

And it is thought the prospect of a future career under Mr Lifar’s guidance may have influenced Mr Nureyev’s decision to stay in France.

Within a week of his defection, Rudolf Nureyev was signed up by the Grand Ballet du Marquis de Cuevas in Paris.

He never returned to Russia, settled in the West and soon became an international star.

He is regarded by many as the greatest male dancer of the 20th century.

In the early years of his career Nureyev struggled to come to terms with his homosexuality.

However after he settled in the West he had relationships with several well-known men, including Eric Bruhn, director of the Royal Swedish Ballet, and film star Anthony Perkins.

He died on 6 January 1993 from an Aids related illness. According to his last wishes, Rudolf Nureyev was buried in the Russian cemetery at Sainte-Geneviève-des-Bois, near Paris.