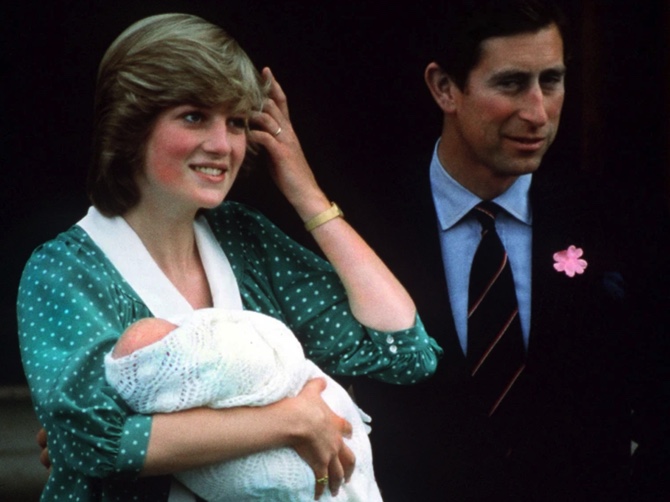 Diana, Princess of Wales, has given birth to a boy sixteen hours after checking in to St Mary’s Hospital, in London.

He is second in line to the British throne after his father the Prince of Wales, who accompanied Princess Diana to the hospital at 0500BST this morning and stayed with her throughout the day.

Outside the hospital crowds had gathered to wait for news of the birth, with some saying they would wait through the night if necessary. Flowers arrived all day long and were taken into the hospital.

Thousands also gathered outside Buckingham Palace, where the birth was formally announced.

The Queen had continued with her scheduled programme, inspecting the RAF regiment on their 40th anniversary at Wittering in Cambridgeshire.

A Palace official said she had looked “absolutely delighted” on hearing that the Princess had gone into labour.

The Princess went into labour earlier than expected, but only by a few days.

Professor of Obstetrics and Gynaecology at St George’s Hospital Medical School in London, Geoffrey Chamberlain, told BBC News the long labour period should not present cause for concern.

“There is nothing abnormal with a labour going into 24 hours.”

The Queen’s own surgeon gynaecologist, George Pinker, who has looked after the Princess throughout her pregnancy, was in charge of the delivery.

Prince William was the first heir to the British throne to be born in a hospital.

Aged eight, William was sent to school in Wokingham, Berkshire, and at 13, he went to Eton, where he gained 12 GCSEs and excelled at a variety of sports.

After attaining A-Levels at grades A, B and C, he began a History of Art degree at Scotland’s oldest university, St Andrews. He switched to Geography and achieved a 2:1 honours in his MA degree.

In 2006 the Prince joined the army, entering the officer training academy at Sandhurst.

The prince has had to endure the break up of his parents’ marriage and the sudden death of his mother in August 1997.