A new imported case of pneumonia caused by the novel coronavirus has been detected in Macau late Saturday bringing to 44 the number of confirmed cases, health authorities said early Sunday.

The patient, a 53-year-old male Macau resident who lives in the United Kingdom, being the husband of the 40th case and the father of the 41st case diagnosed in the MSAR.

The patient and his five relatives (including 40 and 41 confirmed patients) took Cathay Pacific flight CX250 (seat 22K) on 26 March, departing from London, United Kingdom and arriving at the Hong Kong airport on the afternoon of March 27.

That night, they came to Macau on a bus provided by the Tourism Crisis Management Office via the Hong Kong-Zhuhai-Macau Bridge. The man was quarantined and subjected to medical observation at the Hotel Dragão Royal.
Earlier on Saturday, the government had confirmed the city’s 43rd novel coronavirus case.

According to a statement by the health authorities, the patient is a 53-year-old female Macau resident working as a clerk.

The patient and her husband went to Portugal on holiday and visited the family on February 4. During that time period, they had contact with friends and relatives who were later diagnosed with the novel coronavirus on March 26.

The patient and her husband took flight KL1694 (seat 1D) from Lisbon to the Netherlands on March 30, then transferred onto flight KL887 (seat 5C) to return to Hong Kong on the 31st.

On that same day, they took the chartered bus arranged by the Macau Tourism Crisis Management Office and returned to Macau via the Hong Kong-Zhuhai-Macau Bridge.

On entering Macau, she was asymptomatic and her body temperature was normal. At that time, she was arranged for medical observation at Pousada Marina Infante Hotel in accordance with the quarantine measures of the Health Bureau.

Late evening on April 3, her nasopharyngeal swab test sample came back positive and she was diagnosed with novel coronavirus.

Currently, the patient is in normal condition and has been admitted to the isolation ward of the public hospital, officials said.

Her husband is listed as a close contact and has been transferred to a quarantine facility designated by the Health Bureau for medical observation. 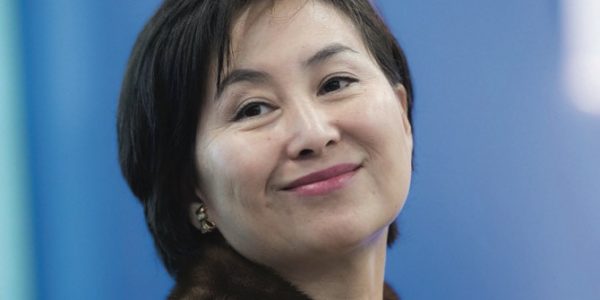