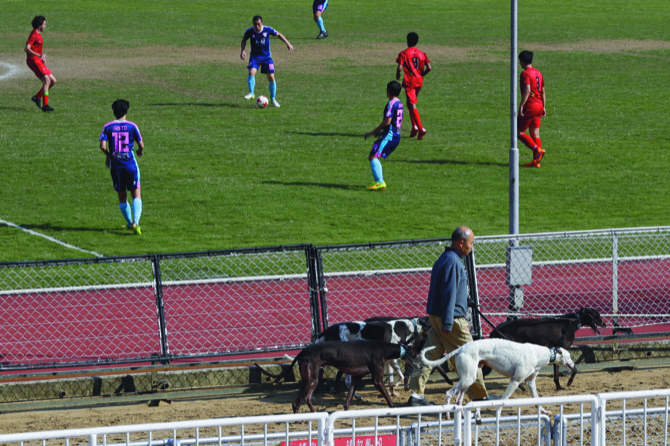 The Land, Public Works and Transport Bureau (DSSOPT) revealed yesterday the plans for the Yat Yuen Canidrome land, having disclosed that 65.5 percent, or approximately 26,500 square meters, of the land will be used to build sports facilities. The DSSOPT’s plan was revealed during this year’s sixth meeting of the Urban Planning Committee.

The DSSOPT proposed keeping the Lin Fong Sports Center and the football court and building a new sports complex, a pool, a running track and a field training court.

There are approximately 15 schools in the surrounding area.

According to the plan, an underground storm water storage tank will be situated below the sports facilities for disaster prevention.

An expansion of Avenida do Almirante Lacerda has also been proposed, in order to increase the avenue’s traffic capacity.

The bureau also recommended adding a minimum of 400 parking spaces at the sports facilities.

According to data released by DSSOPT, currently, the population density of the immediate region is 90,000 people per square kilometer.

There are around 20 social service facilities in the district, including children’s facilities and elderly nursing homes, and community centers.

Of governmental offices, only the Housing Bureau office and one Civic and Municipal Affairs Bureau service center are available in the neighborhood.

There are also four parking lots in the vicinity, providing a total of approximately 4,000 parking spots.

The DSSOPT expects the district to increase its population by 13,000 residents.

The plan was applauded by most members of the committee. However, several of them voiced opinions on transportation as an issue, concerned with parking lots, sidewalks, as well as the storm water storage tank in particular.

Some members also suggested a foot bridge, since the complicated transportation scenario and the dense population might pose a safety risk to pedestrians on the sidewalk.

DSSOPT director Li Canfeng said, “The people-flow will become a lot bigger in the area.” Regarding the storm water storage tank, Li noted that the bureau will find people who are professional and expert in the area to formulate the plan.